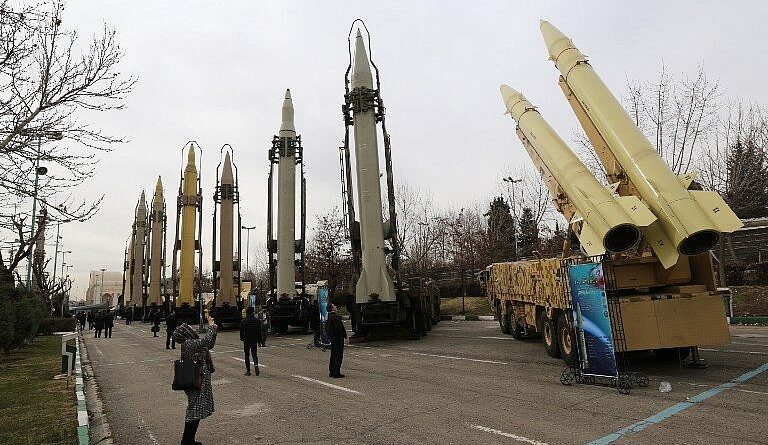 Venezuelan President, Nicolás Maduro, stressed that his country will study the possibility of buying missiles and weapons from Iran. The president’s statements took place this Saturday in the framework of a virtual meeting of the Bolivarian Congress of the Peoples, broadcast on social networks. The comments made reference to recent statements by the Colombian president, Ivan Duque, who said that Caracas is negotiating with Tehran for the acquisition of medium and long-range missiles.” This idea of ​​Iván Duque is really not bad, it hadn’t occurred to me!” Maduro said ironically, highlighting the technology that the Islamic Republic has developed in recent years.

“Venezuela has no ban on buying what it needs, weapons purchase for their defense, and if Iran is likely to sell a bullet, a missile and we have a chance to buy it… good idea, Ivan Duque !, approved !, we’ll do it. We have to study it,” added the head of state.

In this context, the Venezuelan president asked the Minister of Defense, Vladimir Padrino, to evaluate Iranian short, medium and long-range missiles, to review the possibility of reinforcing the nation’s air, land and missile defense system.

He noted that Duque’s statements were to “change the focus of attention from the real problems of Colombia and to justify an aggression against Venezuela.” He indicated that this aggressive maneuver happens while Colombia registers 35 massacres so far this year, with more than 250 social leaders murdered and facing a Covid-19 catastrophe due to the negligence of its authorities.

“Why did Iván Duque come out to say all this? Because it has destroyed Colombia, “said the dignitary.

He explained that Venezuela has ground-to-ground and ground-to-air defense missile systems, purchased from the Russian Federation years ago, distributed throughout the national territory “not to attack anyone, but to defend ourselves from imperialist aggression” of which it is part Duque’s regime.

This Thursday, referring to information from international intelligence organizations, the president of Colombia, Iván Duque, assured that “with the instruction of (Vladimir) Padrino” there have been “approaches” for the acquisition of weapons.

During the virtual discussion “Commitment to the Future of Colombia”, Iván Duque pointed out that there are alleged irregular armed groups operating on the border with Venezuela, which allegedly receive support from the Venezuelan government. Faced with the defamation of Bogotá, the Minister of People’s Power for Defense, Vladimir Padrino López, ruled that Duque “tries to divert attention to Venezuela once again, launching the false positive strategy as a decoy, taking advantage of the geopolitical situation.”

Featured image: Iranians visit a weaponry and military equipment exhibition in the capital Tehran on February 2, 2019, organized on the occasion of the 40th anniversary of the Iranian revolution. (Atta Kenare/AFP)