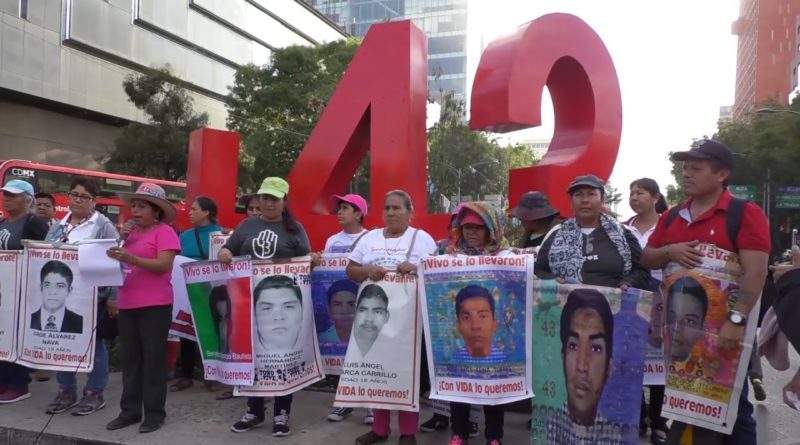 The Mexican Prosecutor’s Office released progress on the investigation of the disappearance of the 43 students from Ayotzinapa.

The so-called historical truth about the disappearance of the 43 Ayotzinapa students was erased from the investigations to explain what happened to the young people.

The Office of the Attorney General of the Republic issued arrest warrants against 46 officials from various municipalities in Guerrero and joins Tomás Zerón de Lucio, former head of the Criminal Investigation Agency, who fled the country but already has an Interpol red code, which means international search.

According to former attorney Murillo Karam, the students were kidnapped, killed and cremated in the Cocula garbage dump and their remains were  thrown into a river by hitmen from the Guerreros Unidos criminal group. Now, there is a new chronology of what happened the night of September 26, 2014.

Investigators from the Mexican Prosecutor’s Office found cremated remains at sites near Iguala, where the massacre took place, which were already sent to a laboratory in Innsbruck, Austria. Mexican authorities say results are expected in a short time.

In their monthly digital protest in June, the parents said that they had been forgotten by the current government and without progress in the investigations. From Guerrero, they welcomed the turn that the Prosecutor’s Office has given to their inquiries.

The Prosecutor’s Office also arrested Ángel Casarrubias alias el Mochomo, who played a relevant role in the disappearance of the 43 students.