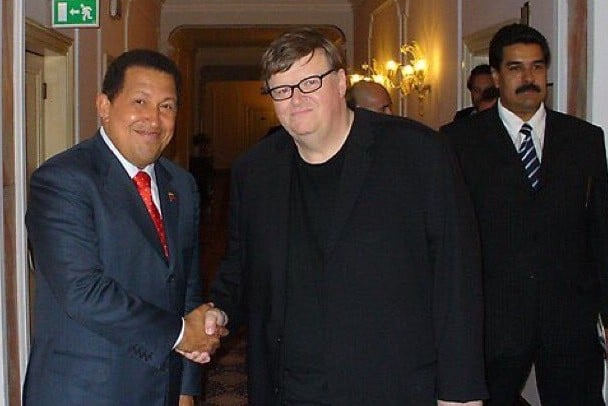 Michael Moore, the famous US director and documentary filmmaker, warned about a probable victory for Donald Trump in the next North American elections on November 3.

“Attention — Donald Trump is on the right track to repeat the victory he won in 2016,” said Moore, who four years ago was one of the few to foresee the triumph of the New York tycoon over Hillary Cliton.

“The level of enthusiasm of the Trump base is through the roof, while for Joe Biden it is not so,” he added.

“I’m warning about it 10 weeks in advance,” Moore stressed to voters.

“Don’t let it be the Democratic Party that frees you from Trump, we must be the ones to free ourselves from him.

And in the next 60 days – he continued – we must be sure that each one takes at least one hundred people to vote.”

The director and documentary filmmaker finally warned Biden not to make the same mistakes Hillary Clinton did in 2016 when she avoided going to some key states that later proved fundamental to Trump’s conquest of the White House.

Moore was one of the few voices that predicted the president’s triumph four years ago.

In July 2016, Moore – a Bernie Sanders supporter – posted on his website the 5 reasons why Donald Trump was going to win the election, in which he warned the unpopularity of Hillary Clinton, the effort of the Republican in traditionally Democratic states and the indifference of the Sanders’ voter base.

Reactions among the real left

Many on twitter and other social networks critized Moore’s words seeing them as an invitation to vote for Joe Biden.

Many in the US left feel hopeless after Bernie Sanders was taken out of the primaries and see the Biden-Harris formula as an invitation to vote for the democratic Party’s right wing.

RELATED CONTENT: You can Have Peace or the US Empire. You Can’t Have Both.

The GrayZone journalist, Ben Norton tweeted: “Michael Moore is right that Trump is going to win, but wrong that trying to convince people to vote for Cryptkeeper of Neoliberalism Biden is gonna stop it. The Democratic Party lost when it nominated right-wing zombie Biden. The DNC has nothing to offer.”

Michael Moore is right that Trump is going to win, but wrong that trying to convince people to vote for Cryptkeeper of Neoliberalism Biden is gonna stop it.

The Democratic Party lost when it nominated right-wing zombie Biden. The DNC has nothing to offerhttps://t.co/MsZJBF1XG1

Many in the United State are disappointed by Trump’s terrible handling of the pandemic, by his racist tendencies, by his handling of the US economy, but not too many people understand that he is himself a result of that terrible society, he represents a vast majority of the US population that believe in the values he defends and will vote for him. The worst part is that meanwhile millions of US citizens are trapped in the false division between republicans and democrats,” an international analyst said to OT.

Featured image: Michael Moore with Venezuelan former president Hugo Chavez and Nicolas Maduro while he was Venezuelan Chancellor, in a controversial meeting in New York, 2009.