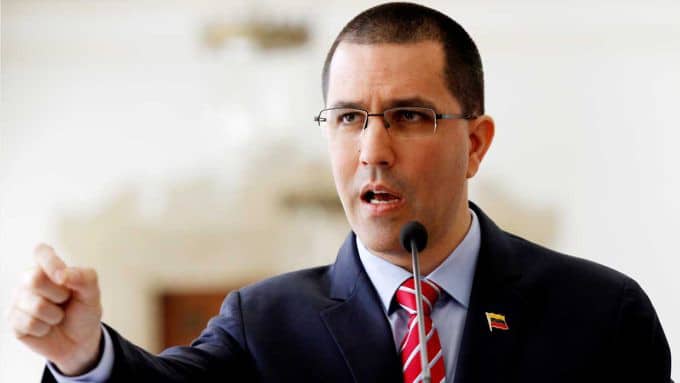 Venezuela condemned the new aggression proffered by the Foreign Minister of Colombia, Carlos Holmes Trujillo against Venezuela, who before his counterpart in Germany, Heiko Maas, once again magnified the alleged Venezuelan migration crisis in order to request financial support.

“It’s a shame that the foreign policy of such a large and complex nation as Colombia is limited, almost exclusively, to begging for the world to continue living on the international system, while attacking the Venezuelan people,” wrote the Chancellor of the Republic, Jorge Arreaza in your Twitter account.

Arreaza accompanied his message of a tweet published by the Colombian chancellery that reads: “Foreign Minister @ CarlosHolmesTru highlighted the support of the German Government in promoting solutions to the migration crisis of Venezuelans especially the: ‘Technical and financial support to serve the population of Venezuelan migrants present in Colombia. ‘

Since the beginning of this 2018, Colombia has intensified its aggression against Venezuela, magnifying the migratory crisis, an action that has allowed it to obtain international funding.

In fact, during 2018 Colombia received at least 32.4 million dollars from international organizations after its call for economic aid within the framework of what they call the massification of Venezuelan migration and the xenophobic campaign that began the administration of former President Juan Manuel Santos and that today continues his successor, Ivan Duque.