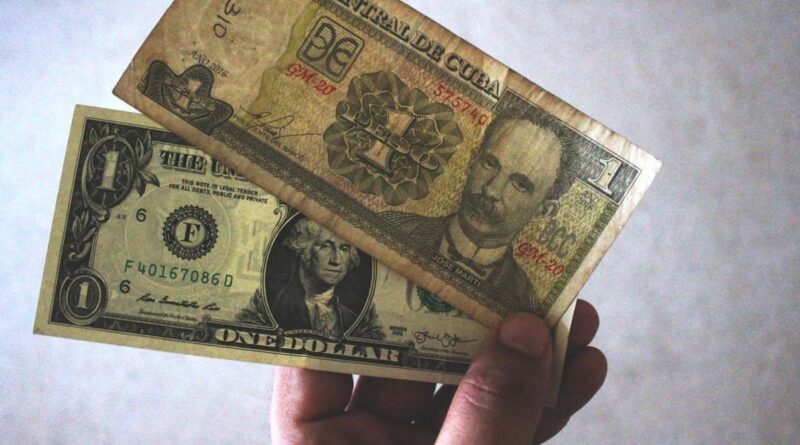 December 11, 2020.-  Granma spoke with PhD in Economic Sciences Lazaro Toirac Ayala, a specialist with more than 50 years of experience who is currently an advisor to the Minister

Currencies, exchange rates, duality and unification, crises and solutions… with these concepts at a cost came a team from the Granma newspaper to the headquarters of the Ministry of Economy and Planning (MEP), an institution where the ways in which state and government policy on economic matters are woven.

Our goal was to talk to the PhD in Economic Sciences Lazarus Toirac Ayala, a specialist with more than 50 years of experience who is currently an advisor to the Minister of that portfolio.

With it we discuss one of the key elements in updating the Cuban economic and social model: the integral transformation of the Development Management System, with planning as its main element. Other components include regulation, state and government management, and control.

As recorded in the Conceptualization of the Model, document emerged from 7th. Congress of the PCC, the management system links the National Plan for Economic and Social Development, the State Budget and the monetary and financial balance, in correspondence with the fiscal, monetary, exchange rate, credit, wage and price policies.

– What is the role of monetary order in updating the Cuban economic and social model?

–We cannot talk about updating the management model or “updating the model”, without a monetary order. Why? Because currently in the economy we have a great distortion, a large gap: there are two different types of changes, one for the population (1 CUC x 25 CUP s 1 dollar) and one for the business sphere (1 CUC x 1 CUP 1 dollar).

‘And precisely one of the elements that is being reordered is that all economic operators (state-owned enterprises, accountants, cooperatives, etc.) must be on an equal footing. In the case of the state-owned company, the transaction is 1 x 1, but when you make a payment to the non-state sector, that account owner can change the convertible Cuban pesos received to 1 x 24. That is, there are two circuits that distort the market.

“Another example is how the current situation stimulates imports. If the currency costs you 1 CUP, it is not the same matter as resorting to the domestic economy. On the other hand, the export action requires a little more management and more activity on the part of the exporter, who has no stimulation because it exports and receives a CUP for each CUC. And that’s another big distortion.

“All of this means that the signals currently emitted by the market are wrong. That’s why there are more stimuli to import than to export.”

–How do other countries deal with such processes?

“In some nations, when they devalue, they realize what the price index is going to be and ultimately the most advantaged ones, they propose, “it’s going to grow as long as this will be the revenue,” but they usually leave the entrepreneurs’ sector to decide how much revenue is going to grow. And that’s where the unions’ struggles with entrepreneurs begin, because, on the day the currency devaluation is announced, prices begin to go up.”

–We will do a devaluation of magnitude and in an integral way. Devaluation leads to a change in prices for both wholesalers and retailers because the imported product will be more expensive. If we ignore this or the other part, which is the income of the population, the deformation would be enormous.

“Price, wage reform and a recomposition of pensions and social assistance are designed. Therefore, the size of prices and income in the population will be different.

“We have to put our stage back on. Wage reform is implicit in starting to rectify the famous inverted pyramid as work regains its value, and reordering will encourage the economy to function more efficiently. Although I repeat: monetary order alone will not create more wealth.”

–Let’s talk about the state budget…

–Distortion with monetary duality has led to the budget being a balancing element in the economy. There are products that have had to be subsidizes, and there are subsidies that have had more to do with producers.

“The process of monetary ordering does not mean that day zero starts all over. That day we will dawn with a new exchange rate, but the rest of the transformations will have other times. For example, companies will have to recompose their plans and create conditions for new erogations, such as wage increases.

“It is also a process that needs to be monitored. In the face of any unnecessary fact, we must have the agility to rectify it because, although it has been tried to conceive everything comprehensively, that does not mean that no inconvenience can arise. Economics is not an exact science, it is a social science. If it were accurate, there would be no crises in the world, because there was a phenomenon, you would take action and already.”

–What advantages and disadvantages does the use of centralized planning in Cuba offer to take on the challenge of unification?

–Cuba has an economy where some of the management is centralized. For the situation we have, that is a strength, because in another type of economy it is complex to say: “We are going to make an assessment in the business system and we have to increase wages and retirement pensions.”

“Centralized planning gives the State the ability to conduct its economy. I would say more: it has to be more centralized and democratic, that is, that all segments of the population, not just the business sector, meet with their ideas.

“Consensus has been sought on the basis of economic logic. The Plan for 2030 says where we want to go, contains the balance of resources, and includes which ones will energize us. That’s the planning.

“The basis of the model update is the steering system, which is the state’s instrument for driving the economy, and there may be different approaches, but planning is generally recognized as a central axis.

“Monetary and exchange management will lead to money regaining its functions and, in that context, where companies will have more autonomy, it will also have to change planning. So we are faced with a process that will be gradual.

“The risk we will face is worth it, because our production device will have no distinctions because of its form of ownership, which will leave us in higher conditions to perform much better.”

–What has been the role of economists in the advisory process on this path?

–The country leadership has paid attention to all the suggestions that have been made. We have many colleagues with experience involved in this task, and I am not just talking about those in the central administration of the state, but the universities and research centers, which have played a great role. The work has been collegiate.

–How will the humanist essence of the Revolution be preserved in a context of adjustment like this?

“At no time has Cuba resorted to shock therapies, even in the special period, when the three-year economy declined by 35%, which for any nation would have been a hecatombe. Now, with COVID-19, it hasn’t happened either. No worker has been left helpless.

“The other question is whether this is the time. The damage to the blockade in 2020 has been the highest in 60 years. They have attacked everything they imagine that there may be a source of income for the Cuban people.

“But the process of unification will create the basis for us to develop and to put our entire economic fabric in order.”

– At what point in unification are we at?

–Chapters are currently being closed. It has been worked with completeness and there has been a simulation exercise. The new exchange rate will not be reached on a whim, but by a validation process. And this is the best we can do for the economy under these conditions.