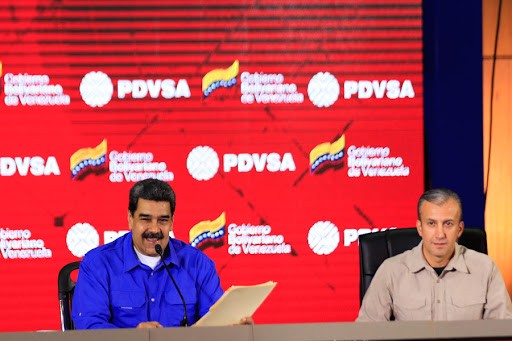 The Presidential Commission “Alí Rodríguez Araque” presented the first results of the offensive deployed in the oil industry against infiltration, bureaucracy and corruption, which has allowed the arrest of senior officials linked in cases of corruption, smuggling of gasoline and strategic material.

In a statement released on Saturday, March 7, the arrest of the President of the PDV Marina subsidiary, Oswaldo Vargas was reported, and the crew of the tanker “Negra Hipólita” on Friday, March 6 for smuggling fuel and other products, through the use of ships belonging to PDV Marina, a subsidiary of Petróleos de Venezuela SA (PDVSA).

On March 3, 2020 Oscar Rafael Aponte was arrested, who served as president of the subsidiary Aceites y Solventes Venezolanos, SA (Vassa), linked to the diversion of strategic material, such as lubricants and greases, to other states of the country, in order to smuggle them abroad.

In the same way, the signing of fraudulent contracts for the acquisition of goods, supplies and services during his tenure in the presidency of Vassa was attributed to this citizen.

As part of these actions, on February 28, 2020, two managers of the Vice Presidency of Commerce and Supplies were arrested, responsible for delivering strategic, sensitive and confidential information, to the government of the United States of America, on the data of the operations of the industry in its different areas.

These citizens are Alfredo Marcial Chirinos Azuaje and Aryenis Torrealba, who held the positions of Special Operations Manager and General Manager of Crude Operations, respectively.

In a press conference Minister of Interior, Nestor Luis Reverol, verified that in this case key information about client, ships, and deliveries was seized from the detainees. He also indicated that all evidence in this case case was compared with other sources of information, making the authorities more certain of a clear case of treason due to the strategic nature of the alleged crime and its connection with US sanctions.

These citizens gave confidential information from the oil industry about the sales and trade activity of Venezuelan oil, and about the logistic capacity of PDVSA and its partners in the world.

These actions are part of the Bolivarian government’s agenda, to advance in the restructuring and revolutionary transformation of PDVSA and to reverse the harmful factors that have prevented the production processes of the state oil company from advancing, the communiqué says.

The Presidential Commission, together with the Workers’ and Workers’ Productive Councils (CPTT), ratified progress towards the consolidation of a powerful industry, both for its morale and for its productive capacity, since this effort carries the burden of the most sacred interests of the homeland and the Venezuelan people.