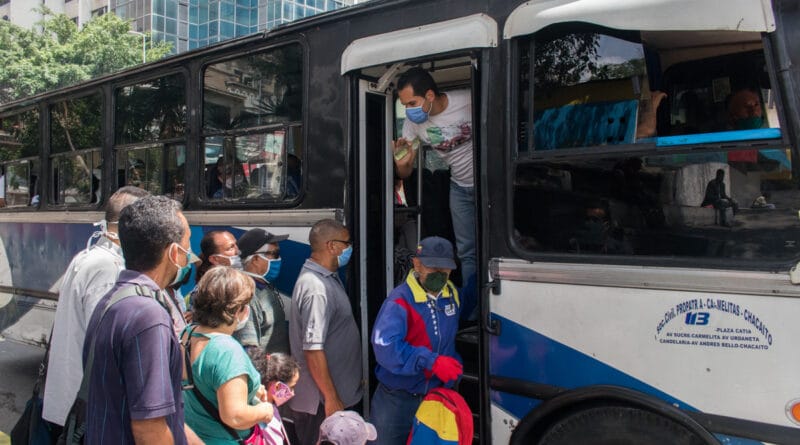 From December 23 the SubeT system has been implemented in the city of Guarenas (suburb of Caracas). It is a program that consists of paying for urban transport tickets by means of a rechargeable card using electronic payment terminals.

The Vice Minister of Land Transportation, Claudio Farías, inaugurated the system at an event held at the Trapichito terminal in the Plaza municipality. The new payment system will make it easier for users of public transport in Guarenas to pay for the service since cash payment will not be required.

Luis Figueroa, mayor of the Plaza municipality, Oscar Henríquez, the municipal commander of the Mirandina sub-region, and Orlando Arias, the local director of transportation, were also present at the event.

Since 2014 circulation of cash in Venezuela has been under attack—first by the economic warfare and more recently by the US blockade pushing the devaluation of the Bolivar (Venezuelan currency) in relation to the US dollar, which has a direct effect on bus fares. Every day it is becoming more problematic for Venezuelans to use the service because the price is going up constantly but Bolivars are becoming scarcer.

Moreover, the use of electronic in-bus payments has been of problematic implementation due to crime issues (people opt not to use smart phones in public transport) and for limitations in internet connectivity related to the deterioration of the telecommunications infrastructure due to US blockade and bad management.

Figueroa assured that the SubeT System will receive every support so that it may be used widely. In addition, he pointed out through his account on the social network Twitter that this program also seeks to eradicate the use of foreign currency that has invaded the economy. “Testing the mechanism to facilitate the collection of tickets in these moments where the DOLLAR invades the normal development of things, the bolivars do not have to be in the queue. The Guarenas-Caracas and Caracas-Guarenas Routes will be the first,” he said.

The authorities delivered a first batch of 1000 cards for free, but emphasized that they will be massively distributed at different points that will be enabled in Guarenas.