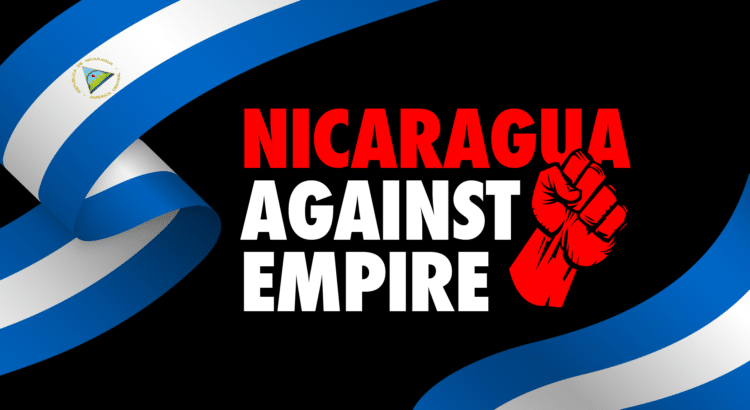 In March of 2021, Ramiro traveled to Nicaragua as part of a 13-member delegation. The trip was organized by the Sanctions Kill coalition and the Friends of the Rural Workers’ Association, known as the ATC.

The delegation traveled to Nicaragua to understand the effects of imperialist sanctions on ordinary Nicaraguans and how they’re fighting back. They also witnessed the wide range of social advancements carried out by the Sandinista Revolution.

For eleven days, the delegation traveled across diverse parts of Nicaragua. They visited the urban sprawls of Managua, the rural countryside of Estelí, and the tropical Caribbean coastline of Bilwi.

The delegation met and spoke with locals and grassroots activists to see the reality of Nicaragua. What they saw was completely different from what is portrayed on imperialist mainstream media.

RELATED CONTENT: Hunger and Food Production in Nicaragua: How do we Feed the People?

This documentary, Nicaragua Against Empire, highlights Nicaraguan resistance to Western imperialism was recorded and produced by Ramiro as part of his participation in the delegation.

Friends of the ATC is a solidarity network with the Rural Workers’ Association that spreads awareness, builds solidarity and facilitates support for the struggles and initiatives of the ATC and the international movement La Vía Campesina.

Sanctions Kill is an international campaign launched in 2019 to end U.S. imposed sanctions and educate the public on the devastating impacts they can have on jobs, healthcare, food, water, education, transportation and more.

Featured image: Banner for the documentary Nicaragua Against Empire. Courtesy of Friend of the ACT.