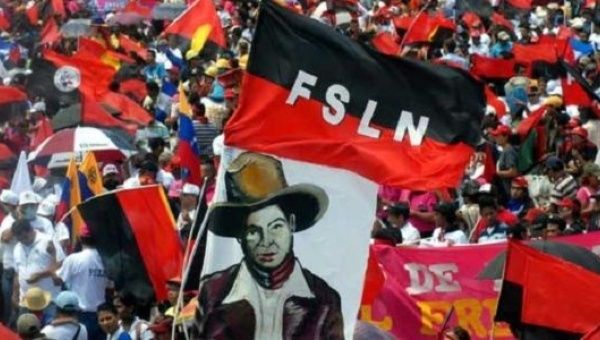 “It hurts us to have to grant amnesty to confessed assassins of policemen, to torturers of the San José school in Jinotepe, who murdered Bismarck Martínez, but we are aware that we have to put our country first.”

In an effort lead by the FSLN, to bring peace and reconciliation, Nicaragua’s National Assembly has approved a law that will provide amnesty for those involved with right-wing violence during the distabilization process last year.

The new law will grant a one off amnesty to those who committed crimes during the right-wing protests last year, it will apply equally to those with or without active cases against them. However, article 3 of the constitution states that the amnesty is conditional and will be withdrawn if the perpetrators re-offend.

The law was proposed by 70 lawmakers of the ruling Sandinista party, the FSLN, who hold a majority in the Assembly, Edwin Castro, a FSLN lawmaker said; “this is a sovereign act that seeks peace, reconciliation, that seeks forgiveness with justice, with reparation, and with no repetition.”

Castro continued; “it hurts us to have to grant amnesty to confessed assassins of policemen, to torturers of the San Jose school in Jinotepe, who murdered Bismarck Martinez, but we are aware that we have to put our country first.”

RELATED CONTENT: Nicaraguan Government Makes Headway for Peace with No Help from the Opposition

The right-wing opposition in Nicaragua, who have allegedly received funds and training from the U.S. government’s NED, have been responsible for a number of criminal offenses in their bid to overthrow the elected government led by Daniel Ortega. Most recently, the remains were found of an elderly Sandinista supporter, Bismarck Martinez, who was kidnapped and tortured to death in Jinotepe by opposition activists. Another high profile offense was in 2018 when demonstrators set fire to the leftist “Radio Ya” station whilst journalists were still inside.

However, the government hopes that they can bring peace to the country by granting amnesty on the condition of not re-offending. This is part of wider efforts to bring the country together, other initiatives have included the establishment of peace talks between government and the opposition, which the government has remained committed to despite the failure of the opposition coalition, Alianza Civica, to condemn US economic sanctions, which was an early request from the FSLN.