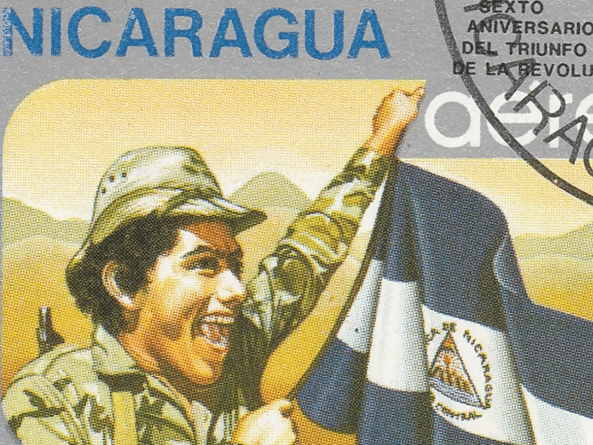 Capital is in a tailspin. Profits have been in decline since World War II, imperialism has undergone an unprecedented weakening amid Washington’s collapse as a hegemon, and global inequality has exploded during the last half-century amid growing climatic destabilization. Covid-19 has accelerated this process of instability, with tens of millions having slipped into extreme poverty during the last two years and supply chains now breaking down. Yet a new wave of socialist revolutions still has yet to sweep the globe. To make this happen, we must outmaneuver capital so it doesn’t succeed in carrying out counterrevolution during the coming decades.

The first step towards this is recognizing that while capital and empire are weakening, they have the potential to pull off a sabotage of global socialist development. Washington is working towards this in its quest to exploit the pandemic for achieving regime change in its targeted Latin American countries, such as Cuba. As retired Cuban intelligence chief Fabián Escalante has written in response to Washington’s mercenary terrorism within the country: “In circumstances like those at present—pandemic, escalation of the blockade, scarcities, etc.—we must not underestimate the enemy and if we want to transcend the impasse, we must accept the challenge, with MORE REVOLUTION, as Fidel taught us.”

On November 15th, the counterrevolutionaries are going to stage another protest within Cuba, one aimed at manufacturing support within the U.S. public for a coup. And right now in Nicaragua, they’re implementing the Trumpian tactic of falsely crying electoral fraud. Like with Washington’s coup attempts in Venezuela under the same bogus pretense, this coup tactic is going to fail. But it will still serve to further the chaos that Washington has inflicted upon Nicaragua through its sanctions, and through its 2018 coup attempt which destabilized the country.

The imperialists hope that if they keep applying this kind of pressure onto their regime change targets, the growing climatic instability of the coming decades—which is going to include more pandemics—will destroy the state structures of these countries. A scenario which the imperialists find preferable to having anti-imperialist states remain intact, as was shown when Washington bombed Libya into a failed state just so that it could take Gaddafi out of power.

The global proletariat is so close to gaining the leverage to take power in many more places. Last year Bolivia’s proletariat reversed the U.S. coup. This year the anti-imperialists almost took control in Ecuador, being stopped only by CIA meddling. Peru has elected the leftist Pedro Castillo. And Gaddafi’s son, who seeks to carry on the Pan-African tradition, could win in Libya’s elections next month. Imperialism has been undergoing geopolitically costly failures to garner popular support in places like Belarus (where the people remain unwilling to accept Washington’s fascist puppet candidate) and in Afghanistan, where the U.S. occupation alienated the population enough for the Taliban to wage successful guerrilla war.

These losses are adding up, to the effect that Washington could soon lose its financial leverage when the dollar comes to no longer be the global reserve currency. And when that leverage is lost, a new wave of revolutions will become far more feasible; it’s because of imperialism’s financial dominance that the revolutionary struggle in Latin America and the other parts of the Global South has been obstacle-filled and discontinuous in recent decades, in spite of the neoliberal explosion in inequality. When the imperialists can no longer coerce the Global South through predatory loans and financially maintained governmental influence, more Global South countries will break away from imperial control. They’ll fully join the pro-Chinese bloc, which will offer them the PRC’s development programs.

A prelude to this has been happening in Africa, where China has brought unprecedented infrastructural advancement to the effect that Western neo-colonialism’s inequities have been getting reversed. And Washington has reacted to this the same way it will increasingly react to its loss of control over Latin America, Asia, and Oceania: with campaigns to manufacture destabilization within the countries that have broken away from imperial dominance, or that pose any perceived risk of doing so. The entire horn of Africa has been rendered unstable to varying degrees, all due to Washington’s political meddling, sanctions, support for terrorist groups, and war crimes via the drone strikes of AFRICOM.

Such shock treatments have lately also been applied to Myanmar, Haiti, and a growing number of other exploited countries. Bolivia recently again became a victim of imperialist destabilization when armed right-wingers seized the La Paz coca market, took down the area’s indigenous flag, and displaced the area’s coca farmers, all with the goal of leveraging the market’s economic and social power towards attacking the ruling socialist party. Should Pan-Africanism triumph in Libya next month, equivalent proxy attacks will be instigated within the country, along with whatever color revolution, disinformation, and economic warfare Washington uses. It’s a perpetual game of sowing chaos, one which Washington is going to intensify in its attempted destructiveness as the imperialists grow more desperate.

What revolutionaries in the core imperialist countries must do is be principled in our solidarity with these peoples who Washington is targeting. We must not be fooled into thinking that the protests in Belarus are entirely organic, or that the country’s current government won’t be replaced by a far-right U.S. client regime should Washington succeed in its regime change desires. We must not uncritically accept the claims of persecution from the currently protesting Bolivian unions, who seek to spin a narrative about themselves being exempt from corruption suspicions and who don’t have the backing of the country’s more prominent union authorities. We must scrutinize every claim we hear about contradictions within Cuba, Venezuela, Nicaragua, and all other anti-imperialist countries—including the endlessly vilified China and north Korea.

If we fail at internationalism, if we become so overconfident in our own authority that we fall for the delegitimization narratives about global anti-imperialists, we’ll get no reward for this egoism other than continued failure at revolution within the imperial center. This need for humility extends to every facet of our work. As Mao warned, “We must never adopt an arrogant attitude of great-power chauvinism and become conceited,” which is a danger for U.S. citizens most of all.

The fact that capital is weakening doesn’t in itself mean that we’ll succeed at a proletarian revolution. We’ll need to work for this. And as long as the imperialists can continue holding back revolution in the Global South, capital won’t sufficiently weaken for revolution to be possible in the imperial center; it will only intensify its exploitation of those most vulnerable to imperialism’s violence. Internationalism is the only route towards victory, because it’s all that can keep the movement strong enough to withstand imperialism’s counterrevolutionary destabilization.