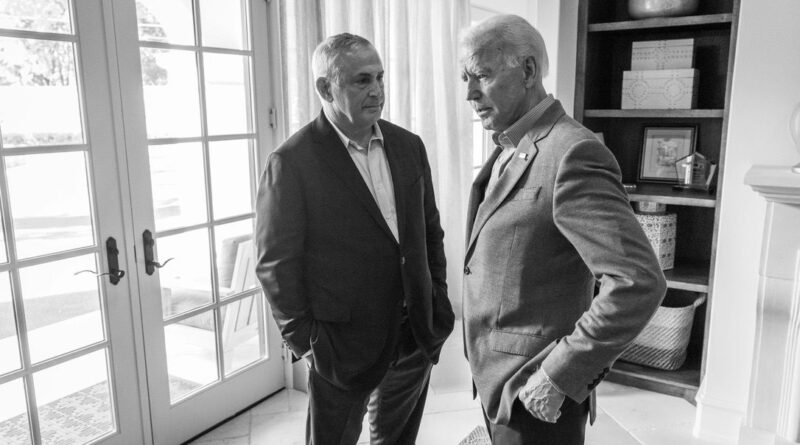 The empire has lost all its composure. In a few days it has produced two very disturbing pieces of news, which speak of its sickening pretension to recapture total control of the countries of Latin America and the Caribbean, taking relations between them and the United States back to the point they were at before the triumph of the Cuban Revolution.

One of them has to do with Argentina, made in the scandalous statements by Joe Biden’s nominee for Argentina, Ambassador Marc Stanley, at his confirmation hearing before the US Senate Foreign Relations Committee. His words oozed rancid interventionism, typical of the years of “gunboat diplomacy.” They ratify the validity of the Monroe Doctrine, which is about to turn two centuries old and continues to be the fundamental reference for the US government when defining its relations with the countries of the area.

Stanley is not a career diplomat but a ruthless shyster, which is why he was president of the Texas Trial Lawyers Association and the Dallas Trial Lawyers Association. A member of the Democratic Party (to whom he has contributed over $1.5 million to various election campaigns), Stanley is also a lobbyist for the state of Israel. Hence, one of his priorities in his work agenda is that the Argentine government and the judiciary investigate and prosecute for various crimes, among others, the Iranian government and Hezbollah.

In economic matters, he spoke of the recession affecting the Argentine economy since 2018 and the need for an early arrangement with the International Monetary Fund (IMF). He defined the country as a beautiful tourist bus whose wheels do not work well, and stated that he would put pressure on the issue of 5G technologies to prevent China’s influence in Argentina from increasing and thus prevent the Asian giant from “accessing all the data and information of Argentines.” Data which, by the way, is already well guarded in many US government agencies thanks to its partnership with large US technology companies, members of the famous GAFAM (Google, Amazon, Facebook, Apple and Microsoft).

Stanley will go to great lengths to get the Argentine government to join “the United States and other countries that demand respect for human rights in countries such as Venezuela, Cuba, and Nicaragua.” In short: a disrespectful and bossy lawyer, who ignores the provisions of the Vienna Convention that prohibits ambassadors from intervening or giving public opinions on the internal affairs of nations. He believes that an ambassador is the contemporary equivalent of the Roman proconsuls, endowed with omnipotent powers to govern the foreign provinces of the empire. It would be desirable for the Argentine government to deny him the approval to prevent this late emulator of Spruille Braden—the ambassador who organized the Democratic Union to fight Peronism in 1945—from shamelessly meddling in Argentine political life. His outrageous declarations would more than justify this attitude, but I find it difficult for the government to adopt such a decision. Especially because so far the Foreign Ministry has not issued one word regarding Stanley’s aberrant statements.

The other item of bad news concerns Latin America and the Caribbean as a whole, and has to do with the statement made by General Mark A. Milley, Chairman of the Joint Chiefs of Staff of the United States Armed Forces. At the ceremony held at the Southern Command Headquarters in Doral (Florida), where Army General Laura Richardson took over as the new head of the Southern Command, he defined the “Western Hemisphere” as “a neighborhood of neighbors. This hemisphere belongs to us and no one else,” he said, “and we stand shoulder to shoulder in this common cause to protect our hemisphere from any international threat.” The word “we” could be interpreted in several ways, but by mentioning who the potential adversaries of such an idyllic neighborhood might be—China, Russia and Iran—it became clear that this “we” refers to the United States and not to the other nations. Washington has characterized those three countries not only as adversaries but also as enemies. Milley appealed to an ambiguous formulation reproducing the subtle language game of the Monroe Doctrine by proclaiming “America for the Americans,” which in reality meant “for the US.”

RELATED CONTENT: Ten Things for US to Understand About Latin America

When the government of the United States tried to ratify that slogan at the First Pan-American Conference held in Washington (October 2, 1889/April 19, 1890), the Argentine delegate, Roque Sáenz Peña, responded with a phrase—“America for humanity”—that José Martí would inscribe in gold letters in his splendid account of that conference in a book entitled Our America. Milley’s message followed that of Joe Biden’s Secretary of Defense, General Lloyd J. Austin III, who shortly before had said that the mission of the Southern Command was to work closely with the governments of the area to “combat” certain enigmatic “evil influences” that thrive in the region.

The idea that Latin America and the Caribbean “belong” to the United States has been a constant in academic discussions over the last half century, although some euphemisms were always used to avoid strong reactions and to not exacerbate latent anti-US sentiment in the region. But in times of rapid changes in the international correlation of forces, accelerated by the decline of US global power, this courtly language has been abandoned and the relaunching of the project of colonial domination is exhibited without concealment or false modesty. All the characters mentioned in these brief lines attest to this.