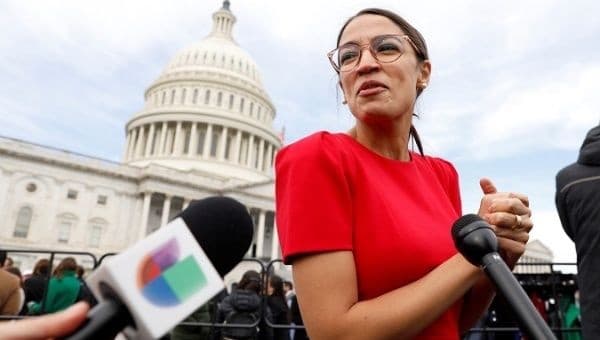 The AIPAC-sponsored trip dates back decades and is intended for newly-elected members of Congress.

“She wants to make sure that she’s getting a full picture of what daily life is like in the region,” Corbin Trent, a spokesman for Ocasio-Cortez, told the Forward adding, “We’re just not making any plans for taking trips right now.”

Ocasio-Cortez, who recently announced that she comes from a lineage of Sephardic Jews who fled Spain during the Spanish Inquisition, has remained somewhat unsteady on issues around Israel and Palestine.

“I come from the South Bronx, I come from a Puerto Rican background. And Middle Eastern politics is not exactly at my kitchen table every night,” she said in an interview with PBS.

“But I also recognize that this is an intensely important issue for people in my district, for Americans across the country. And I think at least what is important to communicate is that I am willing to listen.”

Her fellow freshman legislator, Congresswoman-elect Rashida Tlaib, who is the first Palestinian-American woman to be elected to Congress, has also turned down the AIPAC trip.

Instead, she is planning to lead a congressional delegation to West Bank, Palestine in order to present an alternative perspective on the conflict between Israel and the occupied territory.

Her delegation to Palestine is something of an admonishment of a traditional junket to Israel sponsored by the pro-Israel lobby group. “I want us to see that segregation and how that has really harmed us being able to achieve real peace in that region,” Tlaib said.