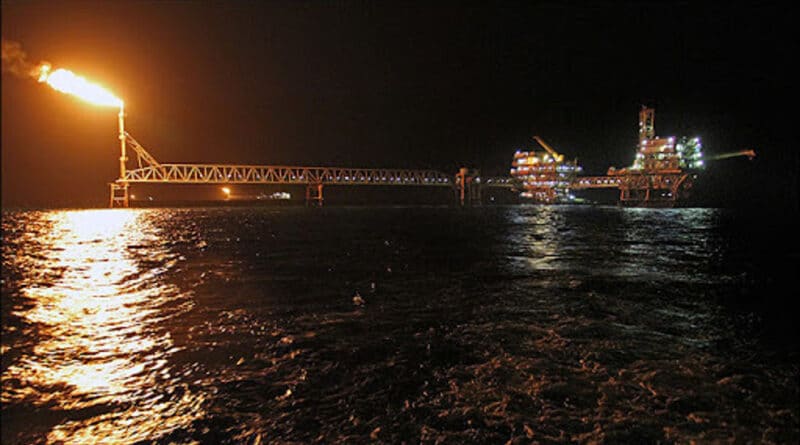 Demand is rising for Iranian crude oil, with an OPEC report showing a higher output already by Iran which is closely watched by customers as the country is discussing the removal of unilateral US sanctions.

Iran’s oil production rose by 137,000 barrels per day to 2.3 million bpd in March, marking the highest crude production growth among OPEC members, the Organization of the Petroleum Exporting Countries said in a monthly report.

The higher output by Iran which is exempt from making voluntary cuts because of US sanctions came for the third consecutive month. Iran’s oil production had jumped by 62,000 and 35,000 barrels per day in January and February, respectively.

China has reportedly been making record imports of crude from Iran, forcing sellers of oil from countries such as Brazil, Angola and Russia to divert shipments to India and Europe.

The rise comes in the wake of a 25-year cooperation agreement signed between Iran and China last month to strengthen longstanding economic and political alliance.

Buyers are emboldened by the prospect of the US removal of illegal sanctions on the Islamic Republic as Washington tries to return to a nuclear deal which former president Donald Trump abandoned in 2018.

According to Refinitiv Oil Research, China received a daily average of 557,000 barrels of Iranian crude between November and March, returning to levels before Trump reimposed sanctions on Iran in 2019.

Iran’s other old customers in Asia have also indicated their strong willingness to resume shipments.

Indian officials have said the country’s state-run oil refiners have started making preparations in advance of the possible removal of the sanctions so they can swiftly enter into contracts for Iranian supply.

India has recently been vocal in its support for resuming crude purchases from Iran as its refiners have sharply cut imports from Saudi Arabia amid tensions over oil prices. The energy-hungry country, once Iran’s second-biggest customer, imports more than 85% of its total oil needs.

Seoul was the biggest client of Iranian gas condensate, but it stopped imports even before the US sanctions kicked in. South Korea is currently locked in a spat with Iran over its refusal to release more than $7 billion of Iranian oil money because of the US sanctions.

Leader of the Islamic Revolution Ayatollah Seyyed Ali Khamenei said last week that any removal of US sanctions must be verified by Tehran and that means the Islamic Republic should be able to normally sell its oil and receive its money.

OPEC on Tuesday raised its forecast for growth in world oil demand this year on expectations that the coronavirus pandemic will subside.

The report prompted oil prices to rally towards $64 a barrel. The anticipation of economic recovery and OPEC+ supply cuts have already helped prices rise to pre-pandemic highs above $70 this year.

Featured image: Buyers of Iranian crude oil are emboldened by the prospect of the US removal of illegal sanctions on the Islamic Republic.