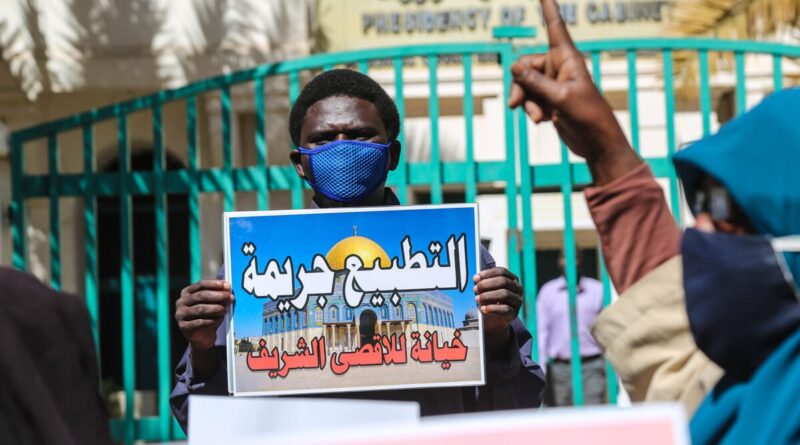 “No conciliation, no coexistence and no negotiations with Israel” – those were the famous “Three Nos” of the August 1967 Khartoum summit of the Arab League.

This was a defiant declaration of the refusal to accept Israeli violence, expansion and apartheid, in the wake of the June 1967 war that Israel unleashed upon the surrounding Arab states and indigenous Palestinians.

The late Palestine Liberation Organisation (PLO) diplomat Shafiq Al-Hout recalled in his political memoir, My Life in the PLO, the preparations for the Khartoum summit. It was a close-run affair; the PLO was very nearly not even invited.

The Arab kings and other despots dominating most of the Arab League at that time were not particular fans of the PLO. Over the next few years, they would become even less keen as it was taken over by Palestinian revolutionary groups, such as Yasser Arafat’s Fatah and George Habash’s Marxist-Leninist Popular Front for the Liberation of Palestine (PFLP).

Although the “Three Nos” now seem revolutionary and radical in contrast to this sorry age of Arab regimes’ normalisation with Israel, as Al-Hout explained in his memoir, they were actually a watered-down compromise.

The “Three Nos” were initially meant to be four. The fourth – “no unilateral acceptance by any Arab state of a resolution to the Palestine question” – was dropped from the final document.

As Al-Hout astutely analysed, an even more important reservation that the PLO correctly held about the “Three Nos” at the time was the wording of the declaration, which insisted upon the liberation of the “recently occupied Arab territories”. According to Al-Hout: “This was the first official indication in Arabic of an indirect and implicit recognition of Israel’s existence in the Palestinian territories occupied in 1948.”

The Sudanese people adamantly refuse to accept the alien presence of a settler-colonial apartheid state at the heart of the Arab world, demonstrated by the news coming out of Sudan this week.

The transitional Sudanese government announced that it would be abolishing a six-decade-long law preventing diplomatic and business relations with Israel.

This is part of the wave of Arab regimes’ normalisation efforts in the last year under former US President Donald Trump.

In overseeing this latest episode in the history of Arab despots’ ignoble surrender to Israel and the US empire’s diktats, the Joe Biden administration is doing its level best to continue with its policy of almost total consistency with the foreign policies of the Trump administration.

The day before the transitional administration in Sudan announced the repeal of the boycott law, Biden’s Secretary of State Antony Blinken spoke to Prime Minister Abdalla Hamdok on the phone.

Supposedly the pair only discussed the importance of Sudan’s role in achieving stability in the region. But it’s impossible to believe that, at some point in this process, the US regime did not use threats against Sudan, implicitly or explicitly.

Sudan’s transitional government first agreed in principle to establish diplomatic relations with Israel back in October. At the time, the Trump administration announced it would remove Sudan from its official list of State Sponsors of Terrorism in exchange for $335 million in supposed compensation to US victims of Al-Qaeda attacks.

The recognition of Israel was also reportedly another condition of removal from this list.

The US-designated “terror” list is in some ways very easy to mock as totally hypocritical, especially considering the elastic fashion that genuine terrorist groups are removed from it at will to suit the changing diktats of US imperial policy. One example is the MEK, a bizarre Iranian exile cult that has carried out the murders of Iranian scientists and bombings targeting Iranian civilians.

But the “terror” list can have very real consequences for states designated as official US enemies.

What Blinken and Biden’s Sudan policy amounts to is a legalised extortion racket. This is forced normalisation with a violent, criminal, racist, apartheid terror state – Israel.

Sarah Leah Whitson, a former Human Rights Watch executive director, informed me via Twitterthat Sudan’s normalisation decision by an “unelected military-dominated transition government” has “no electoral or popular legitimacy” and was “widely unpopular”.

Indeed, the most recent polling of Sudanese public opinion indicates that an astonishing 86 per cent of the population rejects normalisation with Israel. The revolutionary masses in Sudan have other ideas. This battle may not yet be over. Opposition parties in Sudan are speaking out against the deal, likely sensing how unpopular it is.

The National Consensus Forces in October condemned the normalisation agreement, stating: “The transitional power intentionally violates the constitutional document and makes steps towards normalisation with the Zionist entity, breaking with the principles and commitments of Sudan’s ‘Three Nos’.”

At his most downcast period in the lead-up to the Khartoum summit – when it looked like the PLO may not even be invited – Al-Hout recalled: “The only thing that saved me from complete despair were the thundering demonstrations of the Sudanese people, who had come to Khartoum from all parts of the country to receive the Arab leaders and encourage them to fight back and avenge the defeat” of June 1967.

The Sudanese people should not be underestimated.

Featured image: Sudanese people rally against their country’s recent signing of a deal on normalising relations with Israel, outside the cabinet offices in the capital Khartoum, Sudan on January 17, 2021 [Mahmoud Hjaj/Anadolu Agency]