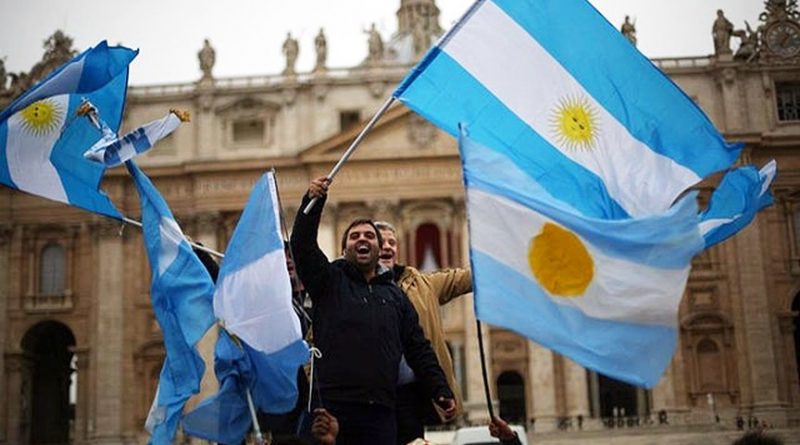 Yesterday Argentine President Mauricio Macri recognized it was “a bad election” without giving any figures, without explaining why, he did not speak in public to the Argentinian people, rather only to the little group that was in his bunker. But the sound of a spectacular defeat was in the air. It should have been a choice that defined almost nothing because it was only a primary but the intense expectation that vibrated throughout the country made it a litmus test for the government. The primaries were introduced in 2009 to cut down on the number of candidates running in the presidential elections with contenders having to win a minimum of 1.5% to be eligible to stand for the presidency. With more than 95% of votes counted, the left coalition backing Alberto Fernández and former president Cristina Fernández de Kirchner had 47.7% of the votes and that supporting President Macri had 32.1%. In electoral terms he got trounced.

Clearly the vote showed that it is not possible to govern against the people. It is not possible to govern as if the people didn’t exist. Is not possible, despite the support of the big corporate media and concentrated capital. The will of the people was able to overcome that immense power, that portentous machinery that turned Argentina into a society of hatred and selfishness. A society that sent the most vulnerable to live on the streets and then accused them of being fake militants and activists paid by the opposition to become an anonymous frozen corpse on streets in Buenos Aires, the richest city in the country.

The vote in these elections known as PASO, which seemed to hold not much importance, which did not define anything, suddenly, noisily, was filled with valuable meanings, as if politics recovered the spirit it had lost between Smartmatic, Cambridge Analytica, Marcos Peña’s trolls and the fake-news of “great Argentine journalists”.

Many factors were involved. Many will say that people voted for their pockets. And others will say that it has been the fruit of the strategy of unity and broad convocation of Peronism in the opposition. Surely. And in that strategy the figures of the two main protagonists emerge, those who gave the initial kick: Cristina and Alberto Fernández.

But the most important thing is that that message was heard, elaborated and appropriated by the people who expressed themselves in a vote that was going to be something washed away and now it has become a lesson for the history of politics. It was the one that some were demanding and the one that many wanted to hear. From that relationship that defines communication as politics and politics as communication comes the best of the people and the best of politics.

Last night when Macri asked people to go to sleep, there were many who went out to celebrate. It is a place that Macri could not understand, popular sentiment which is alien to him as a life experience.

Those who went out to celebrate this vote did so because they wanted to banish the ideology that made a worker feel less than worthy by turning rights into lies installed by the official media and it was the rebuttal of the Smartmatic polls.

The primary has now effectively brought into question Macri’s ability to govern between now and the election in October. If ex president Fernando De la Rúa had to go by helicopter before finishing his mandate in 2001, Macri will be one of the few who will not have been able to get re-elected despite his wish. And mixed up in Macri’s defeat is that he will leave the country in an even more serious situation than De la Rúa did.

The festivities last night were heard all the way to the Rio Bravo. The arrival of the Macrist project had been shown as an exemplary model against populism. He was the hero of the first Davos summit he attended. But while they slapped him on his back they never invested a single peso in the production. Macri’s friends came to speculate and borrow; they advised the Monetary Fund to indebt the country to the brim in order to control any future act of rebellion against the neoliberal policies of looting and dependence.

The IMF violated all of its rules when it gave 62 percent of its entire lending capacity to a single country, which also did not have parliamentary approval. An illegal debt whose objective was to sustain the campaign for Macri’s re-election or, failing that, to put restraining conditions on the government that would succeed him.

Those ideas that were heard and written in the official media as if they were based on indisputable logic, as if they were axiomatic or biblical law or rule of nature, described a retrograde Macrism; conservative and very to the right. In essence it is not so far from Brazil’s Bolsonaro.

But the right plays its game and the different factors to make economic power theirs. No one is surprised. The great novelty had been the vote that supported them in 2015. At that time it was a society that showed itself as the flock that goes to the slaughterhouse.

That defeat had come from the vote. And in spite of the over the top numbing and lying machinery of power, the people received the message, appropriated it, and expressed it much differently in the vote yesterday. And democracy became a hope again.