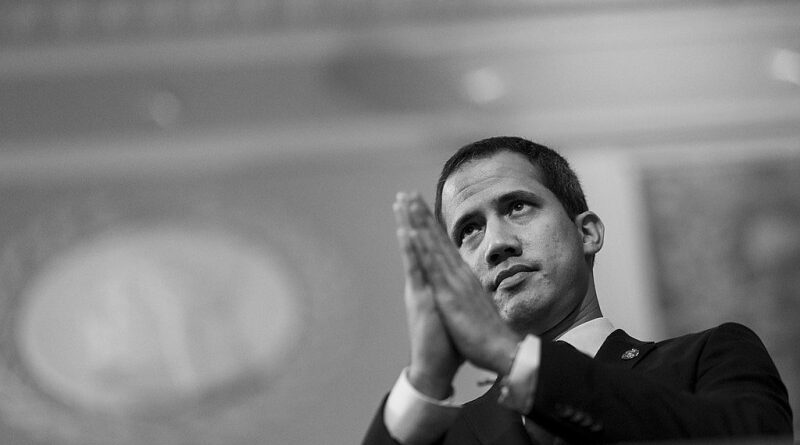 Join the Canadian Foreign Policy Institute (CFPI) on Thursday, August 20, for an historic event featuring Venezuelan Foreign Minister Jorge Arreaza, who will speak directly from Caracas on Canada’s interference in Venezuela and the Trudeau government’s support for self-declared interim president Juan Guaidó. The event is sponsored by Canadian Dimension. You can register for the webinar here.

Nearly two years ago, the Trudeau government threw its support behind a US-backed plan to declare an opposition politician, Juan Guiadó, ‘Interim President’ of Venezuela. Since then, the Trump administration has orchestrated numerous coup attempts and appealed for an army mutiny against the country’s elected leader, Nicolás Maduro. To this end, it has adopted extreme unilateral coercive economic measures against the country. The Canadian government has also sanctioned Venezuelan officials and built up an international coalition through the Lima Group, designed to support a “democratic transition” of power.

Trudeau and Trump’s efforts to stoke a revolt are having an ever-greater impact on the lives of ordinary Venezuelans, 40,000 of whom are estimated to have died between 2017 and 2018 as a result of punitive sanctions. At the same time, Guaidó’s chances of taking power are slimmer today than at any point since he claimed the presidency.

Still, the Trudeau government has maintained its support for Washington’s regime change efforts.

One reason Canadians have an inaccurate view of their country’s role in the world is that other nations’ politicians generally avoid challenging Canadian policy in public fora. They do so for a series of reasons, some of which are tied to Canada’s somewhat unique position in global politics.

RELATED CONTENT: Chancellor Arreaza: Unasur Would Have Helped Stop Covid-19 in the Region

Canada is a G7 nation that has been particularly close to the key empires of the past two centuries: Britain and the United States. Yet, it has never had formal overseas colonies and has almost always played second or third fiddle to acts of British or US aggression. Partly because it does not get criticized internationally—and the Canadian left often prefers to focus on US foreign policy—Ottawa has a relatively clean reputation. As such, it is generally not considered strategic for most governments to highlight Canada’s bad behaviour on the international stage.

Indeed, there are few examples of global leaders calling Canada to account for its foreign policy decisions abroad.

In September 1956, Egyptian leader Gamal Abdel Nasser condemned Ottawa for selling Israel a shipment of 24 F-86 Sabre jet interceptors (built under US license by Montreal’s Canadair Ltd.) just one month before invading its neighbour. He declared, “the supplying of Israel with arms despite her repeated aggressions against Arab frontiers is considered a hostile act aimed at the whole Arab nation.” In the lead up to the 1967 Israeli invasion of the Sinai Peninsula, Nasser again spoke out against Ottawa’s “biased stand in favour of Israel.”

In 1960, Congolese independence leader Patrice Lumumba told a crowd that, after visiting Canada, he was “disappointed to find that although honest, Canada was just another imperialist country.” A decade later, Salvador Allende’s Minister of Finance criticized Canada’s “banker’s attitude” after Export Development Canada refused to finance Canadian exports to Chile. Ottawa made this decision as part of a broader US-led effort to isolate Allende’s socialist government, which would be overthrow in a violent, American-backed coup on September 11, 1973.

In a similar vein, popular Haitian opposition senator Jean-Charles Moïse has repeatedly criticized Canada’s role in the 2004 coup against Aristide. At a major 2013 demonstration against President Michel Martelly, Moïse told Haiti Liberté, “we are asking the Americans, French, and Canadians to come and collect their errand boy because he cannot lead the country any more.”

After Canada backed the 2009 military coup against President Manuel Zelaya of Honduras, the ousted Honduran foreign minister, Patricia Rodas, told TeleSur that Ottawa and Washington were providing “oxygen” to the military government. Rodas called on Canada and the US to suspend aid to the de facto regime. During an official visit to Mexico with Zelaya, Rodas asked Mexican president Felipe Calderón, who was about to meet Prime Minister Stephen Harper and US President Barack Obama, to lobby Ottawa and Washington on their behalf: “We are asking [Calderon] to be an intermediary for our people with the powerful countries of the world, for example, the US and at this moment Canada, which have lines of military and economic support with Honduras.”

In Venezuela, the Maduro government appears ever more willing to push back against Canada’s brazen campaign to overthrow it. As I detailed in an article published on my blog, the only foreign diplomats who publicly campaigned against Canada’s recent bid for a seat on the United Nations Security Council (UNSC) were from Venezuela.

The international community’s rejection of Canada’s bid for a seat on the UNSC offers internationalist minded Canadians an important opportunity to re-evaluate their country’s actions around the world. Following Canada’s second consecutive Security Council defeat a growing coalition of organizations and prominent Canadians have signed on to an open letter calling for a “fundamental reassessment of Canadian foreign policy.”

One of the 10 questions posed by the open letter asks: “Why is Canada involved in efforts to overthrow Venezuela’s UN-recognized government, a clear violation of the principle of non-intervention in other country’s internal affairs?”

An upcoming talk by Venezuelan Foreign Minister Jorge Arreaza—hosted by the Canadian Foreign Policy Institute and sponsored by Canadian Dimension—will offer a unique learning opportunity for those who are troubled by the Liberal’s backing of Guaidó, and to hear directly from a government standing up against a campaign of intimidation by the US, Canada, and other right-wing governments throughout Latin America.