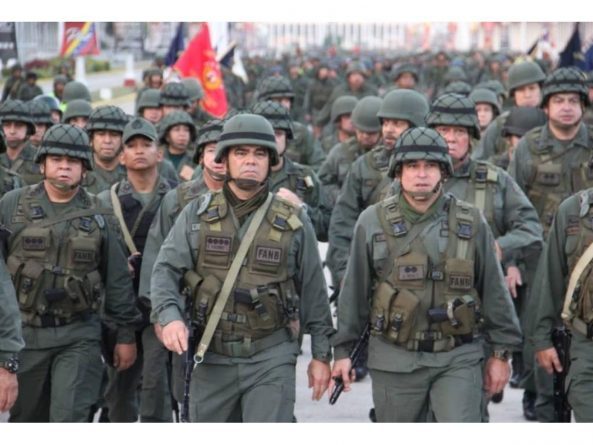 The Venezuelan Minister of Defense, Vladimir Padrino López, ordered the complete list of Generals and Admirals that lead the Bolivarian National Armed Force (FANB) to be sent to the US Treasury Department.

The purpose would be to “facilitate the task” for the White House to “sanction by installments” the “revolutionary defenders of the Constitution and national sovereignty,” the head of the Ministry of Defense posted on his Twitter account.

The reaction of Minister Padrino López took place this Friday, after the US Department of the Treasury issued a communique to announce unilateral coercive measures against six Venezuelan military officers.

Why did they sanction the military?
Washington decided to sanction this group of soldiers for allegedly being responsible for the “obstruction of the delivery of humanitarian aid,” which on Saturday tried to forcefully enter Venezuela from Colombian territory, during a tense day that resulted in acts of violence, and that was previously marked by repeated calls from the United States to the uniformed to support the head of Parliament, Juan Guaidó, who proclaimed himself “president in charge”.

However, the officers that make up the military corps remained loyal to the constitution and to the government of Nicolás Maduro.

In the unsuccessful operation of “humanitarian aid”, carried out from Cucuta last Saturday, the military personnel guarded the border crossings towards Venezuela and repelled with tear gas the attack of violent groups of hooded men from the Colombian territory that acted with the protection of the Colombian National Police.