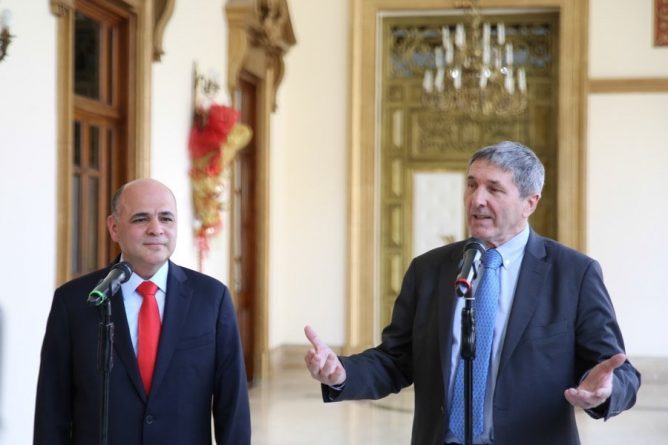 The Venezuelan company Petróleos de Venezuela (PDVSA) signed an investment agreement with the French company Maurel & Prom on Monday for US$ 400 million to increase oil production in Lake of Maracaibo, Zulia state, informed the Minister for Oil, Manuel Quevedo. After a meeting held at the Miraflores Palace in Caracas, Quevedo said that these investment agreements will allow production to increase in the Petro Regional del Lago joint venture, in Zulia, to 70 thousand barrels of oil per day.

On a VTV broadcast he indicated that the investments will begin immediately to allow administrative management to assume the agreed objectives. He added that PDVSA will retain 60% of the income of this mixed company.

Quevedo ratified PDVSA’s invitation to foreign capital to invest in the country under the premise win-win, as they have the guarantees established by the National Government.

For his part, the general director of Maurel & Prom, Michael Hochard, said that this project is ambitious and that they are committed to be up to what it represents. He also thanked the President of the Republic, Nicolás Maduro, for the welcome, and said that his teams will work to the fullest for this new alliance.

Earlier, the national leader met with representatives of the company in Miraflores, as part of the work agenda promoted by the National Executive to increase oil production within the framework of the Economic Recovery, Growth and Prosperity Program.