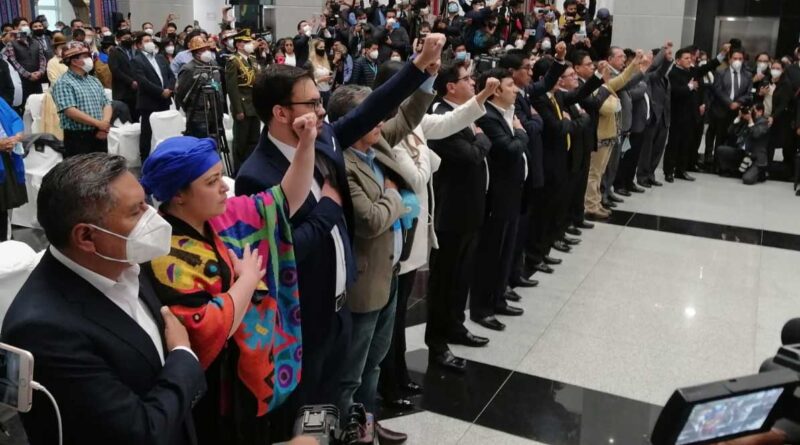 The new president of the Plurinational State of Bolivia, Luis Arce, appointed his new ministerial cabinet on November 9, after taking office this Sunday.

Sixteen new officials were appointed, in a ceremony held at the Casa Grande del Pueblo, in La Paz; three are women and thirteen are men, some of them former parliamentarians:

The directions that the new ministers were received from President Arce in an urgent brief on the status of each ministry, due to the terrible economic and health situation left by the de facto government of Jeanine Áñez.