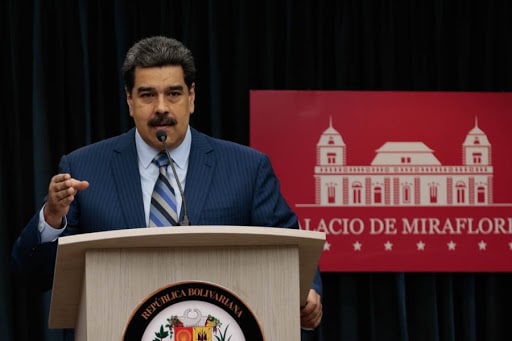 On Friday, July 2, in a ceremony for the promotion of the personnel of the Honor Guard and the General Directorate of Military Counter Intelligence (DGCIM), president and commander-in-chief of the Bolivarian National Armed Force (FANB), Nicolás Maduro, decried that the United States Central Intelligence Agency (CIA) and the Southern Command of the US Army (SOUTHCOM) would try to commit assassinations again to achieve their long-dreamt of ”regime change” in Venezuela. Here we reproduce the highlights of his criticisms.

”What would have happened if the plans of Donald Trump and the Colombian oligarchy had been successful with that attack?” continued the president. ”An unstoppable spiral of violence would have been unleashed in Venezuela and we would have been on the verge of a civil war, and the Bolivarian fury of the people in a civic-military union would have exploded, I have no doubt about it.”

”Has Joe Biden ratified Donald Trump’s orders to bring a civil war to Venezuela and kill us? Yes or no? I ask,” commented the president, questioning the current US president’s policy regarding Venezuela.

”What is the CIA director doing for two days in Colombia and two days in Brazil? What did the Commander of the United States Southern Command, Craig Faller, do in Colombia for four days, even visiting the border with Venezuela? What did you do?” questioned the Venezuelan head of state. ”Our sources in Colombia assure us—they are reliable sources who have always told us the truth—that they have come to prepare a plan to carry out an attempt against my life and against the lives of important political and military leaders of Venezuela. That is what Craig Faller and the director of the CIA in Colombia came to do. And it is for this that they visited Brazil as well. To finalize preparations to return with a violent plan.”

Usual response from the US
The director of the National Security Council of the White House and Biden’s adviser for the western hemisphere, Colombia-born Juan González, dismissed this Saturday, July 3, President Nicolás Maduro’s remarks regarding the plan devised by the US Southern Command and the CIA to assassinate him and other politicians and military commanders of Venezuela.

In a Twitter post published this Saturday, July 3, the US official retweeted a post from the Venezuelan news outlet Misión Verdad regarding the Venezuelan president’s condemnations and wrote, “Negative. The big plan is to support negotiations that will lead to free and fair elections.” This is how Washington’s bureaucrat rebuffed President Maduro’s comments, although in Washington-speak ”free and fair elections” means regime change and violent coups. Whatever the comments of the US military and intelligence arms, people around the world are well aware of the dozens of assassination plots planned and executed by the rotten imperial elite of the United States.

Featured image: President Nicolás Maduro denounced the US and its ”allies” Colombia and Brazil for their continuing plans of assassinations and regime change in Venezuela. File photo.