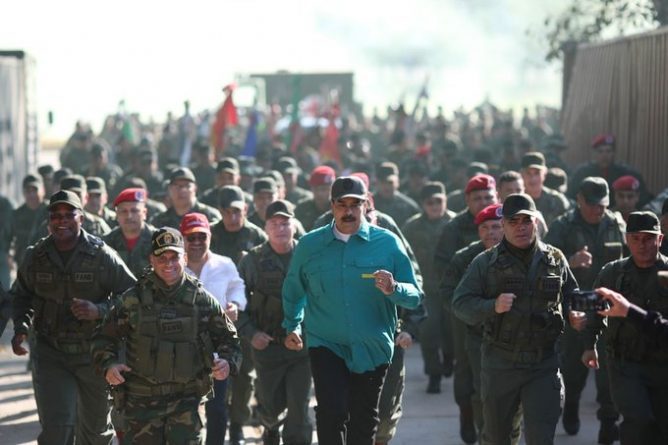 The President of Venezuela, Nicolás Maduro, led on Sunday the beginning of the military exercises of the Bolivarian National Armed Forces (FANB) at the headquarters of the 41th Armored Brigade of Fort Paramacay in the state of Carabobo.

He emphasized that from February 10 to 15, the most important military exercises in the history of Venezuela will be prepared, where the power and capacity of the militia will be demonstrated.

“You have in me, as constitutional president of Venezuela and Commander in Chief, the greatest guarantee of the defense of national independence, of the legacy of the liberators and of Comandante Chávez, I guarantee peace, of the civic-military union” said the President.

Finally, he urged the military institution to demonstrate its operative capacity in the defense of sovereignty and secure resources for future generations.