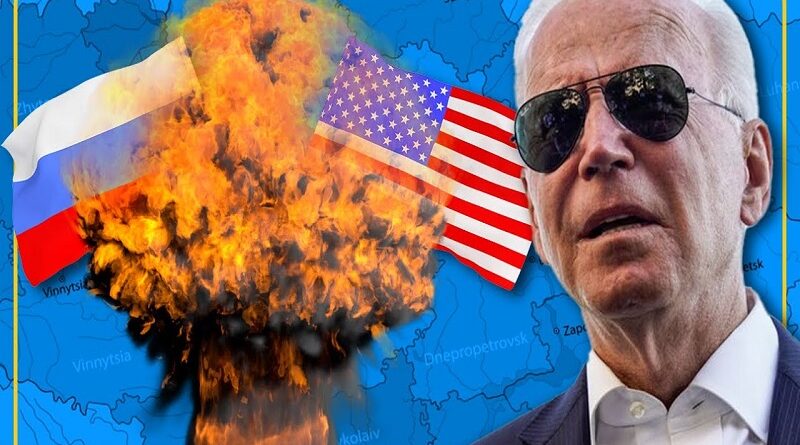 A much larger war that could dangerously escalate into World War III was averted by Russia’s preemptive special operation in Ukraine aimed at neutralizing the US and NATO’s latent, imminent, and hot threats emanating from that country. This makes Moscow’s military mission truly a peacemaking one since the Eurasian Great Power responsibly sought to prevent World War III, not spark it. Russia truly had no choice but to act now.

The US-led Western Mainstream Media’s latest information warfare narrative against Russia is that President Putin just sparked World War III, but the reality is that he just averted it. The Russian leader’s address to his people on early Thursday morning made that abundantly clear and should be in full by those who truly want to know the truth about what just happened. As the author explained in his latest analyses about how “Russia’s ‘Shock & Awe’ Campaign In Ukraine Aims To Resolve The European Missile Crisis” and “Russia’s Special Operation In Ukraine Will Restore Global Strategic Stability”, as well as his piece “Tracing The Geostrategic Sequence Of The US’ Attempted Containment Of Russia”, the Eurasian Great Power is simply waging a preemptive war before the US’ planned World War III can begin.

In short, the US and its anti-Russian NATO allies were secretly establishing military facilities in Ukraine for launching their own impending war against that neighboring nuclear power. First, however, Washington wanted to neutralize Moscow’s nuclear second-strike capabilities through the regional deployment of “anti-missile systems” and strike weapons, including one day hypersonic missiles and even eventually to Ukraine itself too. This coincided with the US’ withdrawal from strategic arms pacts such as the Anti-Ballistic Missile (ABM) Treaty, the Intermediate-Range Nuclear Forces (INF) Treaty, and the Open Skies Treaty, all of which destabilized European security by making America’s military intentions all the more ambiguous to Russia.

RELATED CONTENT: Putin on Military Operation in Ukraine: ‘They Left us No Other Choice’ (+Lukashenko)

President Putin’s speech from Monday evening when he announced his country’s recognition of the Donbass Republics saw him meticulously detail the existential nature of the threat that the US and NATO’s secret military infrastructure in Ukraine poses to Russia. He described their airfields, bases, and ports in the country that he warned will soon be used to strike his own, albeit after first presumably neutralizing its nuclear second-strike capabilities. Thursday morning’s speech compared post-Soviet Russia’s three-decade-long appeasement of US-led NATO to Stalin’s pre-World War II appeasement of Nazi Germany, declaring that “We will not make this mistake the second time. We have no right to do so. Those who aspire to global dominance have publicly designated Russia as their enemy.”

According to Russian intelligence, “If we look at the sequence of events and the incoming reports, the showdown between Russia and these forces cannot be avoided. It is only a matter of time. They are getting ready and waiting for the right moment.” “They did not leave us any other option for defending Russia and our people, other than the one we are forced to use today”, President Putin revealed, which is why “In these circumstances, we have to take bold and immediate action.” He then issued what’s widely interpreted as a nuclear warning to NATO: “No matter who tries to stand in our way or all the more so create threats for our country and our people, they must know that Russia will respond immediately, and the consequences will be such as you have never seen in your entire history.”

It’s for all of these reasons that Russian Foreign Ministry spokeswoman Maria Zakharova clarified that “It’s not a beginning of war, it is prevention of a situation that could lead to global military confrontation.” What she meant was exactly what President Putin himself had said, namely that a much larger war that could dangerously escalate into World War III was averted by Russia’s preemptive special operation in Ukraine aimed at neutralizing the US and NATO’s latent, imminent, and hot threats emanating from that country. This makes Moscow’s military mission truly a peacemaking one since the Eurasian Great Power responsibly sought to prevent World War III, not spark it. Russia truly had no choice but to act now.

That’s because President Putin also revealed on Thursday morning that “Even now, with NATO’s eastward expansion the situation for Russia has been becoming worse and more dangerous by the year.” As he put it, “It is a fact that over the past 30 years we have been patiently trying to come to an agreement with the leading NATO countries regarding the principles of equal and indivisible security in Europe. In response to our proposals, we invariably faced either cynical deception and lies or attempts at pressure and blackmail, while the North Atlantic alliance continued to expand despite our protests and concerns. Its military machine is moving and, as I said, is approaching our very border.” It’s therefore understandable why Russia finally had to act.

After all, President Putin already made his back-up plan known on 21 December when speaking at an “Expanded Meeting Of The Defense Ministry Board”. At that time, he said that “what they are doing, or trying or planning to do in Ukraine, is not happening thousands of kilometres away from our national border. It is on the doorstep of our house. They must understand that we simply have nowhere further to retreat to.” That event coincided with Russia’s publication of its security guarantee requests to the US and NATO for ensuring the integrity of its national security red lines. Moscow asked for legal guarantees halting the bloc’s continual eastward expansion, the removal of strike weapons from Russia’s borders, and a return to the continental military status quo enshrined in the now-defunct 1997 Russian-NATO Founding Act. Regrettably, the US-led West rebuffed the last chance for a diplomatic solution.

Had Russia not acted when it did on Thursday, it’s very likely that the US would have used the pretext of the third round of civil war hostilities that it encouraged Kiev to provoke last weekend in Eastern Ukraine to deploy strikes to that country on an emergency basis under the false pretext of “defending” it when in reality it would all be about clandestinely seeking to worsen Russia’s security as explained. President Putin therefore had no choice but to commence his military’s special operation in Ukraine on Thursday morning, which arguably averted the Third World War that would have inevitably followed with time had Russia continued to appease the US, seeing as how that nuclear superpower was never sincere about respecting its counterpart’s national security red lines.