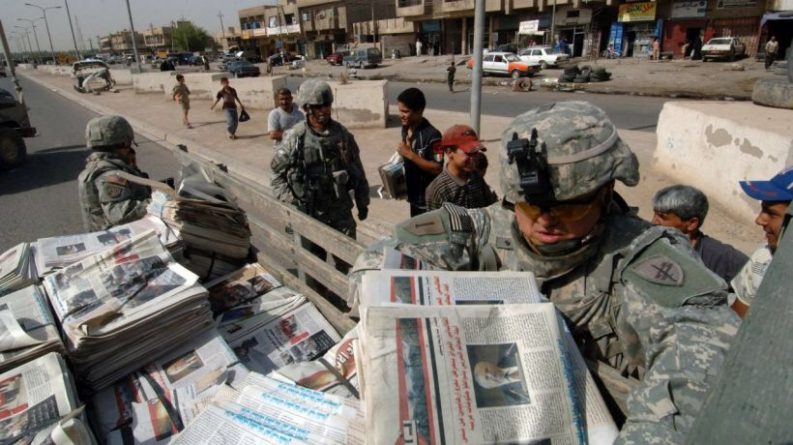 Venezuela has been the victim of a siege, blockade and harassment operation for some years, which has been intensifying to the extent that the plans of the United States fail. They have used various political, economic, financial, psychological tools, methods that have been applied in countries like Syria, Ukraine, Iraq, Libya, Cuba and the former Yugoslavia, trying to dismember the Venezuelan nation and sell the perception that it is ungovernable.

The deployment of the propaganda campaign against Venezuela, the flow of false and real information, has been a prolonged action for more than six years that is unprecedented, as is the resistance of the Venezuelan people.

Therefore, it is important to know a little about one of the elements used by the enemy today: psychological operations.

Psychological operations have been present since the beginning of history, we can even find examples in the Bible when “the trumpets” caused the wall of Jericho to fall, or in the renowned Trojan horse narrated by Homer in the Iliad. Sun Tzu speaks in the Art of War “that the real war is the one that is fought over the minds of men, and through terror, the enemy measures whether or not it has to expend men, weapons and money”.

“Psychological operations are actions, activities and programs duly planned to influence and condition the psychic structure of human groups in order to obtain behaviors, feelings and opinions consistent with the psychological objectives proposed by the force that applies them.”

In the offensive aspect of psychological operations can be defined as the planned use of various means that can modify the opinions, feelings and behavior of the adversary (civil authorities, BANB, security bodies, population, etc.), predisposing them favorably to the achievement of the objectives. Its specific purpose is:

The defensive aspect of psychological operations can be defined as the coordinated planning and execution of varied media, designed to inform the public opinion of the country itself or of friendly and neutral countries, in order to influence their opinions, feelings and behaviors , in a favorable manner to the fulfillment of the general policy of the State. Its purpose is:

Psychological action is fundamental for national defense against conventional warfare.  It must be permanent in times of peace, should try to strengthen and raise the national moral, and in particular, the morality of the Bolivarian National Armed Forces (FANB), as well as win for the national cause the internal and external sympathies that are necessary and recover all those elements that are influenced by the adversary.

EXAMPLES OF SOME PSYCHOLOGICAL OPERATIONS IN VENEZUELA

These are some headlines published by the international right-wing media in the last 10 days:

RUMORS / FAKE NEWS: GENERATING ZOZOBRA AND TERROR IN THE POPULATION

It is important to note that psychological operations are the transverse axis of the war against Venezuela. Of course, they are accompanied by real actions of harassment and political, economic and military aggression. This makes it necessary for the Venezuelan State to raise the media battlefield to a strategic level, to take advantage in some scenarios and thus neutralize the promotion of hatred and incitement to a confrontation between Venezuelans.

The war without restrictions against Venezuela is under way and we have to understand it in order to fight and achieve victory.