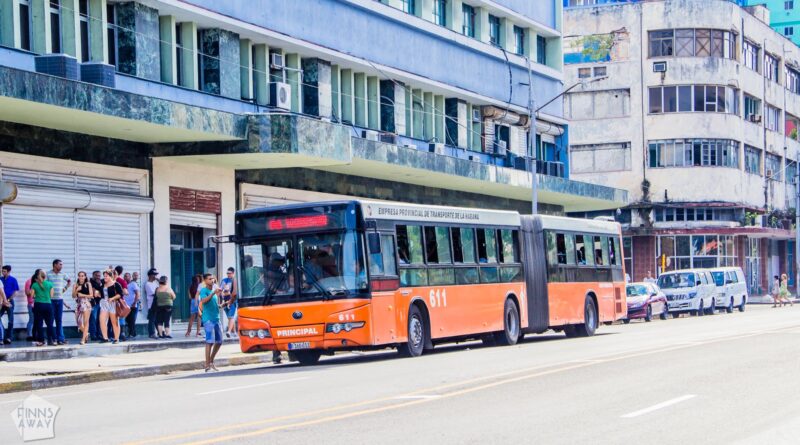 HAVANA, Cuba, Jan 5 (ACN) Prices of transportation services in Cuba were raised between two and five times approximately and are in line with the new costs and the age of some rates, said Minister Eduardo Rodriguez Davila.

The Minister said that, while setting the new rates, they tried to ensure consistency between services in terms of comfort and quality, because a trip on a train cannot cost more than one by bus.

As a principle, maximum passenger rates per kilometer were also established for local services, in particular, rules for the prices of non-State forms of management.

Rodríguez Dávila defined as complex the process that is being implemented and emphasized that each of the incidents reported by the population is monitored daily, in conjunction with the provincial Defense Councils.

For the new rates, a balance was made of what the population can pay, what is required for a company to be profitable and what the budget is capable of assimilating in services that have a high social cost, he said.

He pointed out that in almost all transport services there is an intervention of the State budget in the form of a subsidy.

Regarding interprovincial transportation by bus and train, he said that they have grown about 1.5 times, a lower figure because the subsidy had already been eliminated to some extent, he said.

Meanwhile, air transportation increases five times and this will be analyzed based on the concerns expressed by the population.

With respect to local transportation rates, the Minister said that companies providing these services have increased their costs by just over nine times, an aspect that was not directly transferred to prices, which requires greater efficiency in these entities.

He stressed that passenger rates per kilometer were set at the national level and on that basis the provincial transport companies formed their tariffs.

He clarified that police officers in uniform, Mandatory Military Service soldiers and children in arms are exempt from payment, while university students, members of associations of the disabled and students of all courses in full uniform pay half the fare.

Regarding urban transportation, which increased its fare five times, Rodríguez Dávila declared that the distance of the routes was taken into account and that this price still implies a subsidy from the State Budget.

Sub-urban transportation, which takes place between the perimeter of the city and the nearest towns, increases on average five times.

Those buses in the city must charge the same price for urban service, something similar has happened with inter-urban service, he said.

Rural transportation also grew fivefold, but routine services, such as cabs in Havana, maintain the five-peso fare for up to 8 kilometers. In addition, Transmetro and other similar entities continue to charge five pesos, as in other provinces, where it has been established that the cost cannot exceed that figure.

He informed that the Regla boat in this capital city is increased from 10 cents to 2 pesos and the boats from other provinces are being evaluated because they are very far away.

As well as studying some cases of the transportation of passengers by freight, such as the transfer of workers by Transmetro, due to the dissatisfaction among the people who receive this service
.
Rodríguez Dávila also mentioned that with the local railroads the rates are increased three or four times, since the previous ones were very old.

Regarding private transport, he said that its costs have also increased (fuel, certain resources and fixed costs) and prices should increase by about 1.5 times, but they will be shared by the government, unions and the carriers themselves, he said.

The so-called somaton (technical inspection) increased six times its cost and in the toll stations there was an increase from two pesos to 20 pesos, however for the systematic users of the service will be a solution in the coming days, finally said.