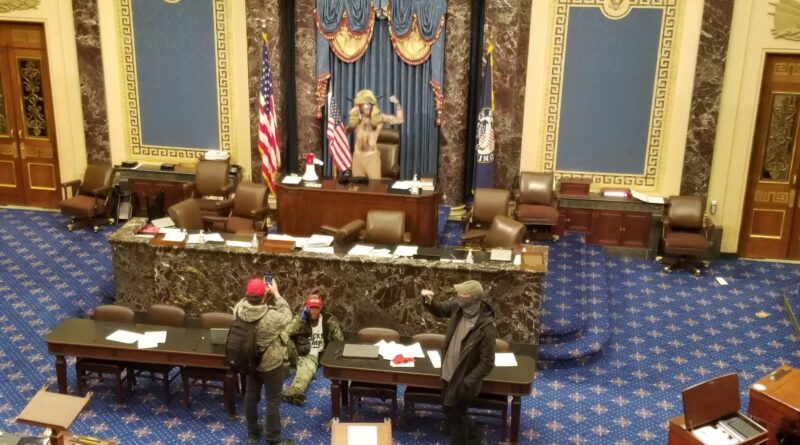 Russian authorities stressed that the US is in no position to teach lessons in democracy to others, especially after Trump supporters’ assault on Capitol Hill.

The spokesperson for the Russian Foreign Ministry, María Zakharova, shared a tweet from a US journalist on Facebook this Thursday, in which the journalist maintained that “the United States will never again be able to tell the world that we are the model of democracy.”

The Russian Foreign Ministry has reacted to this violent event, criticizing the US electoral system for being “prone to violations.”

“Events in Washington show that the US electoral process is archaic, does not meet modern standards, and is prone to violations,” the Ministry said in a statement published by the state news agency RIA Novosti .

The Russian Foreign Ministry stated their regret that the US people are living such a “dramatic moment in their own history” and their wish that the US “survive” this stage “with dignity.”

💬 Events in #Washington are the internal affair of the United States. At the same time, we are highlighting the fact that the #US electoral system is archaic and does not meet modern democratic standards. https://t.co/SNKiOkcFt8 pic.twitter.com/9RjtUnQqdy

In his Twitter account, the Deputy Permanent Representative of Russia to the United Nations, Dmitry Polyanskiy, questioned the fact that some US leaders have framed the assault on the Capitol as “internal terrorism,” while they classified similar—though much bloodier—events in Kiev in 2014 as a “revolution of dignity.” Polyanskiy was referring to the US-backed coup that ousted Ukraine’s President Viktor Yanukovych from power.

The violence, blamed by both Democrats and Republicans on outgoing US President Donald Trump, took place after a large number of the tycoon’s supporters broke through the police cordon in front of congress to enter the Capitol building, located in Washington DC. The situation has been considered by many critics of Trump as an “attempted coup.”

Four people lost their lives in the riot and several other people were arrested.

After the tumultuous Wednesday, the outgoing president was forced to recognize on Thursday that his term is ending, and has promised a “orderly transition,” following congress’ certification of Democrat Joe Biden’s victory in the November elections, during a joint session of the two legislative houses, after counting the electoral votes of all the states.