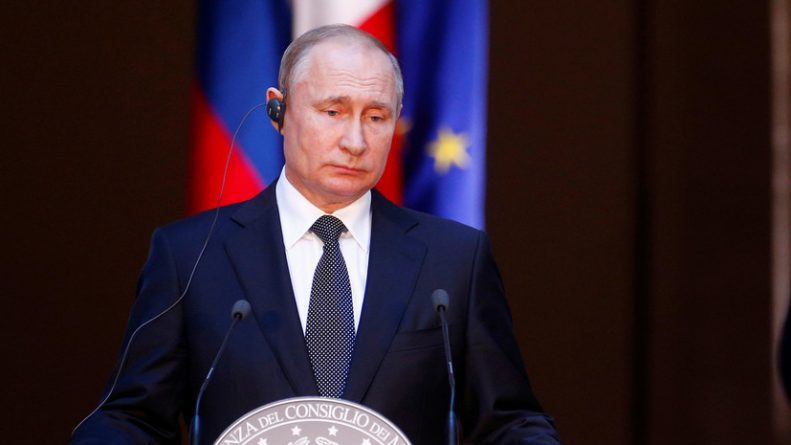 “The leader of the [Venezuelan] opposition, Mr. Guaido, appeared before the public, looked up to the sky and, addressing the Lord, declared himself president. Ok. But the Lord did not tell us how He reacted to this appeal, He did not give us any signal”, Putin said at a press conference following talks with Italian Prime Minister Giuseppe Conte in Rome. “Therefore, I think that he should return to our sinful and mortal Earth and follow the democratic procedures and rules that boil down to one thing: dialogue and appeal to the people, to voters – you need to go to the elections and solve future development issues through the elections”, Putin stressed.

The Russian president also said that he and the Italian leadership share concern about the situation in Venezuela, and the external pressure only aggravates the internal crisis, forcing the citizens to flee the country.

The situation in Venezuela has been tense since January, when anti-government protests, fueled by opposition leader Juan Guaido’s proclamation as the nation’s interim president, erupted.

Maduro slammed Guaido, saying he acted at the orders of the United States, which sought to install him as the country’s president and get hold of Venezuela’s oil assets.

Russia has said the United States is strangling Venezuela with sanctions in an attempt to drag the Latin American nation into chaos.