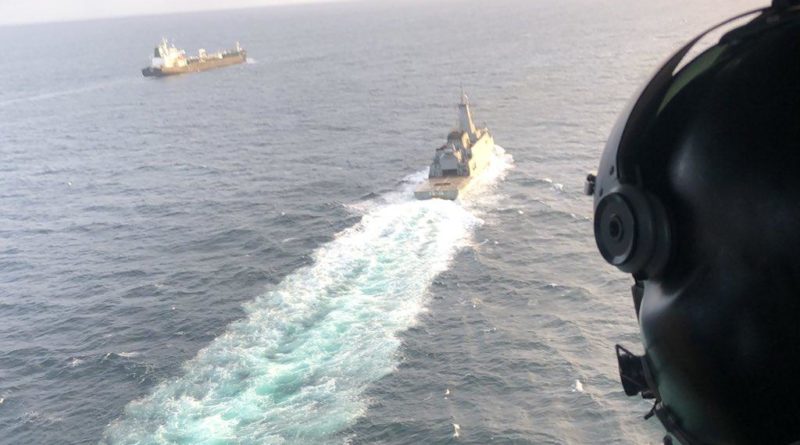 The arrival of the Fortune tanker, the first of the five Iranian tankers loaded with gasoline and supplies, left the media and individuals on the right mired in one of their typical depressive crises. They woke up licking their wounds and trying to find an approach to present as defeat what has been a resounding triumph of Venezuela and world anti-imperialism.

One of the main exponents of the oppositional communication machinery, Alberto Federico Ravell, wrote a tweet in which he described the arrival of imported gasoline as a shame for a country that should be an oil power.

A similar message was issued by one of Ravell’s notable juniors, Leopoldo Castillo, as some lower-ranking journalists began making mathematical calculations aimed at proving that Iranian gasoline will be short-lived.

The right-wing spokesmen, who had bet that the tankers would be intercepted by United States warships, are now trying to present the Bolivarian National Armed Force escort of the Fortune since it entered Venezuelan waters as a ridiculous gesture.

The international wing of the anti-Venezuelan press also did not hide its disappointment at what happened and has already begun to look for other angles to do harm. The Spanish newspaper ABC headlined: “The first Iranian ship with gasoline enters Venezuelan waters without the US intervening.”

In the effort not to appear completely defeated, the Madrid far-right newspaper gave absolute credence to the US versions, according to which gasoline will be paid with 9 tons of gold and that it is a negotiation between pariah states.

Meanwhile, La Voz de América published a piece in which it says that the cargo brought by the Iranian tankers will only cover a month’s demand from the Venezuelan domestic market. Among the experts cited is José Toro Hardy, who a few days ago was protesting through his Twitter account because he had not been able to supply fuel to his own vehicle.