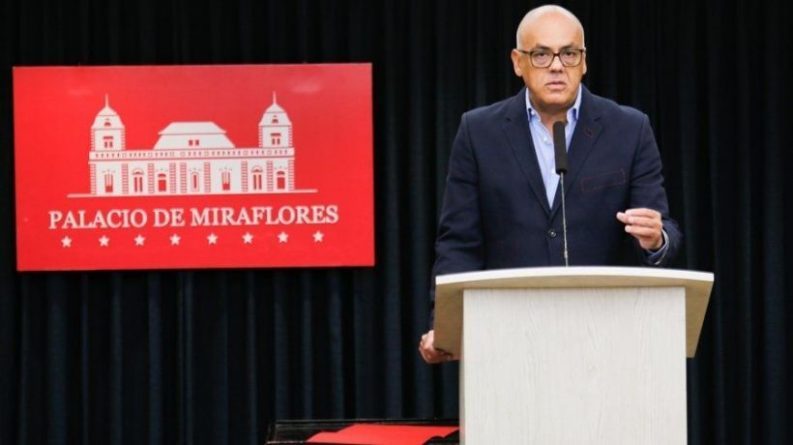 Showing the true character of the type of people Guaido has around him, after the coup failed his body guards decided at least they could make some money by selling the stolen guns and that greed is what got them caught. edit

Venezuelan Communications Minister Jorge Rodriguez has revealed that bodyguards of self proclaimed President Juan Guaido’s bodyguards stole military weapons from the Legislative Federal Palace to use during the failed coup d’état that took place on April 30.

These weapons were kept in the Bolivarian National Guard headquarters inside the seat of the Parliament in Caracas. The bodyguards took five AK-103 assault rifles and ten magazines, which were subsequently recuperated by the Venezuelan Government.

Regarding the April 30 coup attempt Minister Rodriguez said that, “different avenues of a investigations took place and this process led to the dismantling of the cowardly attempt.” He added that “one of those lines corresponded to the robbery of service revolvers also belonging to the National Guard of the Bolivarian National Armed Force, in the Legislative Palace by some renegade soldiers who backed Juan Guaido’s coup d’état.”

The Bodyguards Erick Miguel Sanchez Azuaje and Jason Jose Parisi Castrillo were arrested in connection to the theft and were charged with attempting to sell the weapons for $35,000 following the 35 day investigation.

All of this evidence is going to be presented at the talks with the opposition, hosted by Norway, to “prove that these people from the Venezuelan right are pursuing violent actions to undermine peace in the Republic.”

The evidence shown by Rodriguez confirms that Voluntad Popular, the political party represented by Deputy Juan Guaido, is an organization with a paramilitary, pro-coup vocation.