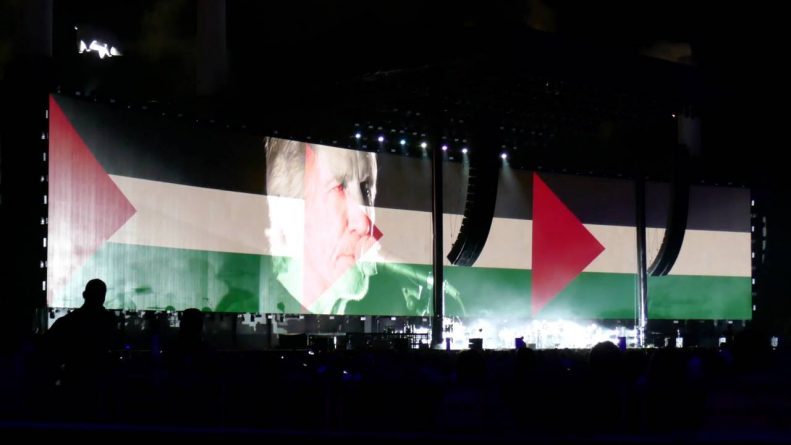 Today in a video posted on his twitter account, the legendary Roger Waters from Pink Floyd launched a new counter attack on the lies spread about Venezuela and the supposed “humanitarian crisis” as an excuse for regime change. In the video that can be watched below, he uses powerful arguments to confront all the media trends that have been presented by the US government around the idea of the need of the so called “humanitarian aid”.

He criticized the position of the British businessman, Richard Branson, behind the organization of a musical concert in Colombia promoting the idea of humanitarian aid and he wrote:”The Red Cross and the UN, unequivocally agree, don’t politicize aid. Leave the Venezuelan people alone to exercise their legal right to self determination.” He also mentioned Peter Gabriel and invited him to chat with him, suggesting that the popular singer might be buying the media spin promoted by the US about the need of “regime change in Venezuela”.

Coincidentally, the Venezuelan government announced today that a musical concert and an humanitarian operation is going to be held on Friday 22 and Saturday 23 on the border with Colombia near Cucuta, at the Simon Bolivar International Bridge to help the population of that Colombian city affected by 50% of poverty.

Venezuelans for peace would love it if Roger Waters (and Peter Gabriel) could join that Concert being organized for this week-end at the Simon Bolivar International Bridge on the Venezuelan side of the border.

The Red Cross and the UN, unequivocally agree, don’t politicize aid. Leave the Venezuelan people alone to exercise their legal right to self determination. pic.twitter.com/I0yS3u75b6