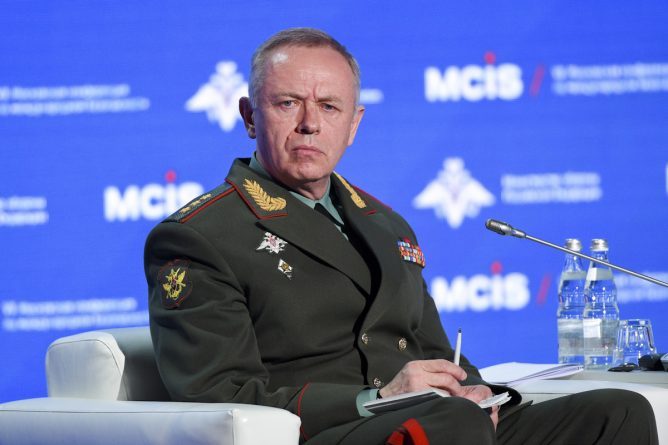 Terrorism and wars remain major concerns of world nations, but they’ve become more wary of threats to sovereignty – something “fragile” when exposed to outside meddling, such as that of the US, Minister Alexander Fomin told RT.

The Russian deputy defense minister spoke with RTD ahead of the Moscow Conference on International Security, which kicks off on Tuesday. Over 1,000 people from 111 countries are expected to attend the annual event and discuss the most troubling global security issues.

While terrorism and regional conflicts that have been rampant over the past decade remain concerning, Fomin said, increasingly more independent states are wary of interference from major powers – particularly the US – and the prospects of a potential sovereignty loss.

“They realize that concepts like peace, independence, territorial integrity and sovereignty tend to be increasingly fragile today. They need to be protected. The last 20 years have taught them that a state can only be secure if its military is well-equipped and armed with the most advanced air and missile defense systems,” Fomin told RTD.

The most recent example of an external threat to sovereignty is Venezuela, which has faced extensive meddling from the US, ranging from backing the opposition to threats of a direct military invasion, he said.

The US does not sit idly and is employing other tactics including a broad range of techniques developed for hybrid wars and color revolutions. The Americans have been training leaders and members of extremist groups. They have been ramping up pressure including bribery, bullying, and sectoral sanctions. Operation Blackout is underway, a man-made shutdown of energy facilities… deepening the economic crisis (in Venezuela) .