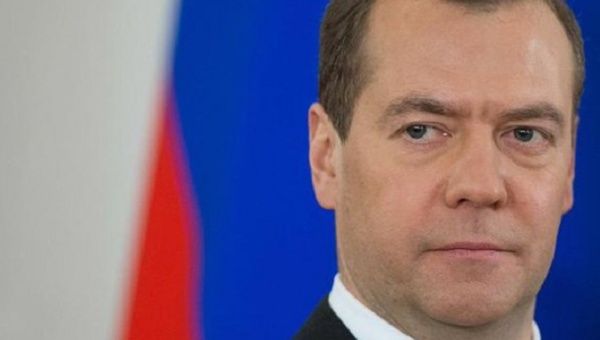 Russia’s Prime Minister Dmitry Medvedev began Thursday a visit to Cuba to demonstrate his country’s support for President Miguel Diaz-Canel, a diplomatic gesture seen as a response to the growing hostility that U.S. President Donald Trump has been displaying towards the Cuban revolution over the last year.

In that same period, however, Moscow has been working to strengthen its commercial, scientific, political and military cooperation with Cuba, Venezuela and Nicaragua, three countries which Trump often describes as “the troika of tyranny” in Latin America.

According to international relations experts, the Russian support for Havana is currently much greater than the cooperation the former Soviet Union offered to this Caribbean country decades ago.

This support is being by the Cuban people at a time when their country’s economy manages to grow in the middle of the U.S. blockade

In this context, Medvedev’s visit, which is the highest-profile Russian tour since President Vladimir Putin’s visit in 2014, is symbolically important.

“The symbolism is that the U.S. strategy of economic strangulation will fail because Cuba can turn elsewhere for support – just as it did during the Cold War,” American University professor William LeoGrande said.​​​​​​​

“That’s a message to the U.S. but also to the Cuban people that they should not despair because they have other friends abroad.”​​​​​​​

“In the next few hours, a ship carrying a new batch of Russian locomotives will arrive in Havana to reinforce cargo transport in various economic sectors. That is our country, Cuba does not give up.”

The expressions of Russian solidarity with Cuba are not recent. In 2014, besides forgiving US$31.5 billion of Cuba’s US$35 billion Soviet-era debt, Putin administration fostered new financing lines so that Russian companies can sell their products to the island.

Over the last five years, Russian exports to Cuba doubled and reached US$440 million at the end of 2018.

Importing of Russian cars, buses and locomotives has allowed the Island to better face those public transport problems that the U.S. blockade has been creating for decades.

During Medvedev’s visit, the Russian Export Center (REC) will sign a deal with Cuba’s Aviaimport to finance around 21 million euros worth of projects to provide technical assistance for airplanes

Separately, the Foreign Bank of Cuba (BEC) and REC will sign a financing deal worth around US$37 million to upgrade a steel bars and wires factory.

This would allow Cuba’s Acinox Commercial to upgrade rolled steel production capacity to 170,000 tonnes per year from 40,000 tonnes now.

“This can help enhance [Acinox’s] competitive positions including international ones… and result in inflows of forex revenues to the country which would have a positive effect on Cuba’s economic situation,” REC Director General Andrei Slepnyov said.