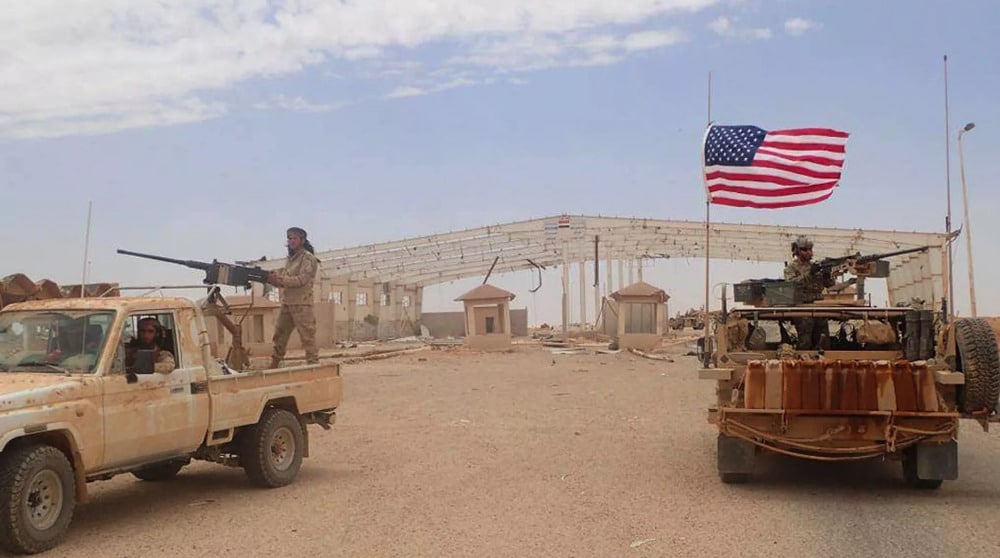 The intelligence service said in a statement on Friday that the Daesh terrorists had undergone training in the US-held military base of al-Tanf in Syria.

“At the end of 2021, the Americans released from prisons… several dozen Daesh terrorists, including citizens of Russia and CIS countries. These individuals were sent to the US-controlled al-Tanf base, where they have undergone special training in subversive and terrorist warfare methods with a focus on the Donbass region,” the statement added.

RELATED CONTENT: US military Presence in Syria Neither Mandated by UN, nor at Damascus Govt. Request: Russian Diplomat

The US military has stationed forces and equipment in eastern and northeastern Syria, with the Pentagon claiming that the deployment is aimed at preventing the oilfields in the area from falling into the hands of Daesh terrorists. Damascus, however, says the unlawful deployment is meant to plunder the country’s resources.

The Russian intelligence service also said that most of the Daesh terrorists who have so far been deployed to Ukraine were killed during Russia’s military offensive in the country. However, Washington continues to form new Daesh units in the Middle East and Africa in order to deploy them to Ukraine via neighboring Poland.

On Thursday, the Russian Defense Ministry said US military intelligence was stepping up a campaign to recruit mercenaries to fight in Ukraine.

“US military intelligence has launched a large-scale propaganda campaign to recruit PMC [private military company] contractors to be sent to Ukraine. First of all, employees of the American PMCs Academi, Cubic, and Dyn Corporation are being recruited… Only last week, about 200 mercenaries from Croatia arrived through Poland, who joined one of the nationalist battalions in the southeast of Ukraine,” the ministry’s spokesman Igor Konashenkov said.

On February 25, Russian President Vladimir Putin announced a military offensive in Ukraine, whose eastern regions broke away in 2014 after refusing to recognize a Western-backed Ukrainian government that had overthrown a democratically-elected Russia-friendly administration.

More than 14,000 people have been killed so far across Ukraine’s east as a result of the conflict that ensued between the Ukrainian military and the pro-Russia separatists.