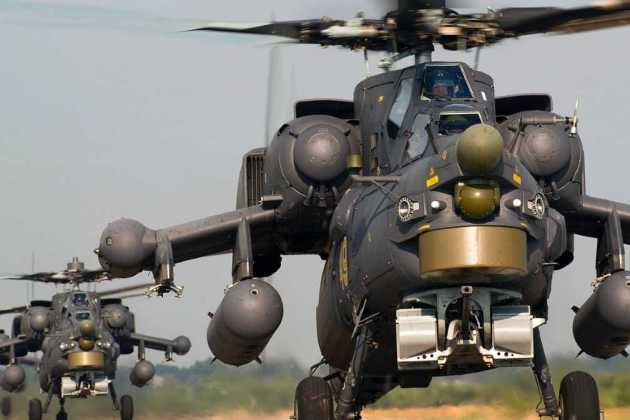 The center will give Venezuelan pilots an opportunity to train the use of Mi17V-5, Mi-35M and Mi-26T helicopters

30/Mar/2019.- A helicopter pilot training center, created with the help of Russian specialists, was unveiled in Venezuela on Friday, the press service of Rosoboronexport, the arms trader of Russian state corporation Rostec, has said.

“A modern helicopter training center was built under Rosoboronexport’s contract with Venezuelan state-owned defense manufacturer (CAVIM). Its opening ceremony took place on March 29,” the organization said in a statement.

The center will give Venezuelan pilots an opportunity to train the use of Mi17V-5, Mi-35M and Mi-26T helicopters.

“At present, Russian helicopters supplied to Venezuela not only take part in operations against smugglers, but also successfully perform aerial survey of wildfires, take part in rescue and evacuation missions in areas hit by natural disasters and deliver humanitarian cargo to remote regions of the country,” Rosoboronexport said.

A source in Venezuela’s Army Aviation said the center would simplify the training process and make it more efficient, allowing to train more helicopter crews.

“At present, Mi-35M2 helicopters play an active role in fighting drug trafficking in the states of Barinas, Apure and Amazonas. As a rule, those aircraft are used for detecting and destroying drug-trafficking convoys travelling by land and rivers,” he said.

According to the source, Mi-35M are also particularly efficient in operations to destroy drug production facilities located in hard-to-reach areas.

“One Mi-35M2 helicopter is capable of delivering a special group of five or six officers, providing fire support if necessary and evacuating the team after the task is fulfilled,” he said.