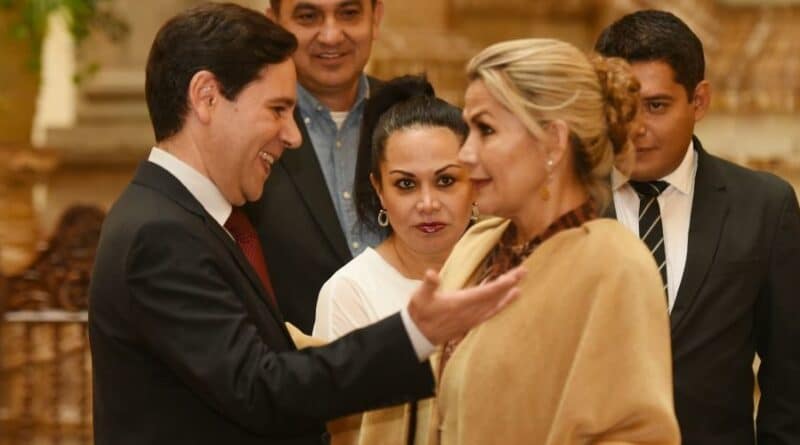 The president of Bolivia’s Supreme Electoral Tribunal (TSE), Salvador Romero, is a cheater. He postponed, for the third time, the elections for Oct. 18, not for health reasons but to comply with the wishes of the Añez regime.

Here are some recent examples

On 2 June, as a result of the political consensus and with the law, the TSE announces elections for 6 September.

On 29 June, Doria Medina, Jeanine  Añez’s vice-presidential candidate, without being a member or holding any official position of the TSE, assures that the elections will be held in October.

On 23 July, Salvador Romero of the TSE – appointed by Añez – fulfils Doria Medina’s pronouncement, by imposing a date without political consensus or law, provoking the indignation of social organizations and triggering a road block.

RELATED CONTENT: Canada on the Wrong Side of Bolivia’s Fight to Restore Democracy

Prior to this arbitrary decision by the TSE, the government, the right-wing parties and the pro-regime press carried out an alarmist information bombardment, talking about the soaring of Covid-19 infections and deaths in the streets.

It is not by chance that the Ministry of Health has been taken over by the Minister of Defense, Fernando López, a former military officer who threatened to make a humble citizen who protested in Beni disappear in 10 seconds.

It is also no coincidence that the Añez regime has intervened and appointed its people to the Departmental Health Services (SEDES) above the governorships and ignoring the Autonomy Law.

The objective – by having military control – of the Ministry of Health and the SEDES, was to manage the statistics, curves, peaks and other numbers, to generate a panorama of fear of the coronavirus and thus postpone the elections as many times as they want and extend her government that was not elected at the polls and will be more than a year in power when it should have only been there three months or not at all.

The Blockade Suits the Regime

Romero and the Añez regime know that cutting off routes at the height of the pandemic serves them well in their strategy of criminalizing social movements, hitting the Movement towards Socialism (MAS) the party that is first in the polls and, above all, covering up their failure to combat the pandemic.

They never cared about Health

After more than five months of quarantine due to the pandemic, with 90,000 infected and nearly 3,500 dead, the Añez regime recently launched an international offer to buy artificial respirators because, as they so deceitfully say, “first it is life and not elections.”