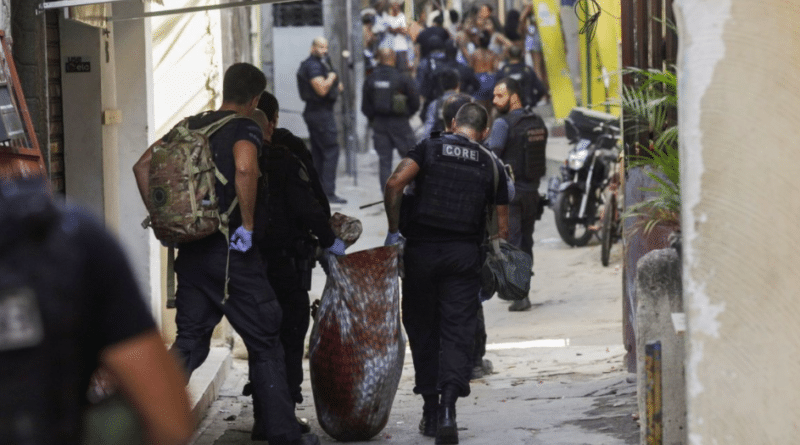 As if over 420,000 deaths from the pandemic were not enough, Brazil now mourns the massacre of 27 people in a police operation that took place in the Jacarezinho favela in Rio de Janeiro.

Former President Dilma Rousseff condemned the gruesome episode, calling it the expression of a country under the mismanagement of an ignoble-minded government that justifies itself by stating that those shot during the incident were criminals.

According to ex-president Rousseff, vice president General Mourão’s statement—“but they were all bandits”—reveals his true nature as an “exterminator of the civilian population;” as if he had an authorization from Brazilian law to do so.

Rousseff stressed that those responsible for the Jacarezinho massacre are conspicuous “and must be punished so that the Justice and Public Ministry are not themselves stained in blood.”

RELATED CONTENT: Campaign of Struggles: The MST Donates More Than 100 Tons of Food Throughout Brazil

The police killed around 27 people and, according to them, all those taken down were part of a criminal organization. The incident has become such a scandal that even the UN has intervened and requested an independent investigation of the case.

The United Nations has stated that the Brazilian police has a history of “disproportionate and unnecessary use of force.”

RELATED CONTENT: How the US Taught Judge Moro to “Take Down” Lula

In addition to the fatal toll of the operation that took place in the middle of a residential area, former President Rousseff mentioned that this episode presented even more irregularities. She wrote in a tweet that what had occurred in Jacarezinho was “an affront to the Supreme Court, which had prohibited police actions taking place in the favelas during the pandemic.”

According to local media, the police assault was ordered by the governor of Rio de Janeiro, a well-known extreme right-wing crusader in cahoots with President Jair Bolsonaro.

Of the 27 deceased, one was a police officer and the remaining 26 were civilians.