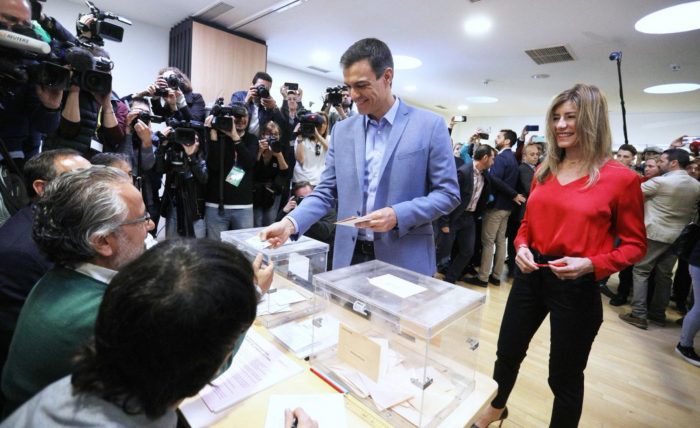 The Spanish Socialist Workers Party ( PSOE ) won the general elections in Spain on Sunday, obtaining 28.70 percent of the vote , which translates into 123 seats in Parliament, 38 more in relation to the 2016 elections.

In second place was the conservative Popular Party ( PP ) which in one of the worst electoral performances in its history (16.69 percent of votes), won 66 seats, 71 less than in the past elections.

Very close to the PP, the political formation of the neoliberal right Citizens won 57 seats with 15.83 percent of votes.

The fourth place went to the leftist Podemos, who won 35 seats with 11.94 percent of the vote, and is emerging as the key party in the eventual negotiations to form a government.

The ultra-rightists of VOX won national parliamentary representation for the first time and 24 deputies will enter , after getting 10.26 percent of votes.