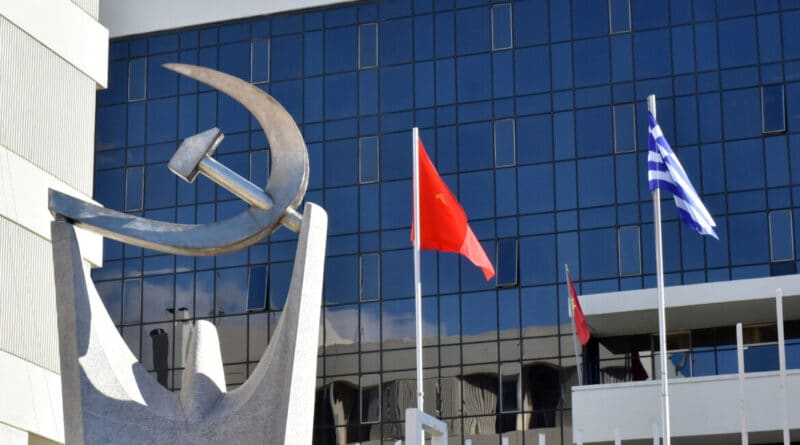 August 17, 2020.-  The events in Belarus are linked to the intervention of the EU, of NATO and the USA in the developments and a result of the fierce competition between those forces and Russia for the control of markets, raw materials and the transport networks of the country, as well as for geopolitical pillars in Eastern Europe and in the wider Eurasian region.

It is ridiculous, and at the same time provocative, that as a precursor for EU and US interventions, supposedly in support of “freedom” and “democracy”, Poland and the Baltic States of the EU have been “mobilized”, states where blatant violations of democratic rights and freedoms take place, such as the trials of opposition newspapers and the imprisonment of communists, the restriction and even the banning of CP actions.

Certainly, the solution for the people of Belarus is not to maintain the current bourgeois regime, which moves within the context of the market and capitalist barbarism, entrapped in the “millstones” of inter-imperialist rivalry, as was demonstrated by Pompeo’s last visit to this country. Neither should the working people ever submit to appeals, such as those of the current President, to “stay away from politics”. The exact opposite is called for!

The KKE, condemning foreign intervention in the internal affairs of Belarus, expresses its solidarity with the communists and the working people of Belarus and its conviction that it can and must organize its own independent struggle based on its own interests, to repel foreign interventions, to demand the satisfaction of contemporary popular needs, to pave the way for socialism that is the only alternative solution to the impasses of the capitalist path of development.