DONALD Trump lambasted the $900 billion stimulus bill passed by Congress for assigning a paltry $600 to each American, but hundreds of millions to foreign nations.

With the UK and other nations receiving furlough pay and other benefits throughout the pandemic, all Americans got through their letterbox was a single $1200 cheque in spring. For many, this bill was their last hope to make it through the holiday season.

Washington Post reporter Jeff Stein has been an invaluable source of information on the political battle over the US stimulus bill.

His reporting has reflected the time wasted by both Democrats and Republicans in obtaining a deal that could save thousands from eviction, healthcare costs or food insecurity.

What sources are saying about stimulus package:

There's a possibility they reach a deal this week. Alternatively, they could also not get a deal.

If they dont, they could try again for a deal next week. They could also not try to get a deal the following week

Prior to the election, Democratic House Speaker Nancy Pelosi turned down a $1.8 trillion dollar deal offered by the White House at a time when many Americans couldn’t afford a delay.

Both her and Senate Majority Leader Mitch McConnell may have been taken aback by Trump’s surprise intervention on Tuesday night, in which he called for less waste in the 5,593 page-long relief package.

“This bill contains $85.5m for assistance to Cambodia, $134m to Burma, $1.3bn for Egypt and the Egyptian military, which will go out and buy almost exclusively Russian military equipment, $25m for democracy and gender programmes in Pakistan, $505m to Belize, Costa Rica, El Salvador, Guatemala, Honduras, Nicaragua, and Panama,” he said.

RELATED CONTENT: A “Slap in the Face”: Anger at Pelosi, Democrats Over Paltry $600 Stimulus Check

“Congress found plenty of money for foreign countries, lobbyists and special interests, while sending the bare minimum to the American people who need it. It wasn’t their fault. It was China’s fault.

“I’m also asking Congress to immediately get rid of the wasteful and unnecessary items from this legislation and to send me a suitable bill, or else the next administration will have to deliver a Covid relief package.”

Has the President got it right?

We can’t ignore the sum given to Americans – which, objectively, should be higher.

This so-called stimulus bill should serve the American people – and while it’s not Beijing’s fault, the legislation appears to reflect a deep-rooted commitment to multinational corporations and foreign allies.

Going through the endless bill clause-by-clause, it’s not difficult to pick out a few examples of the “wasteful and unnecessary items” Trump is referring to.

‘Democracy programs for Venezuela’ is an ominous phrase coming from a nation which has done its utmost to overthrow Caracas since 2019.

It is possible to be support for Juan Guaido’s camp – who is now not even an elected official – and a continued political insurgency against Maduro.

Thought Sino-jingoism was over? Think again. Even if China is the boogeyman threat, why is this stipend included in a bill meant for ordinary Americans? 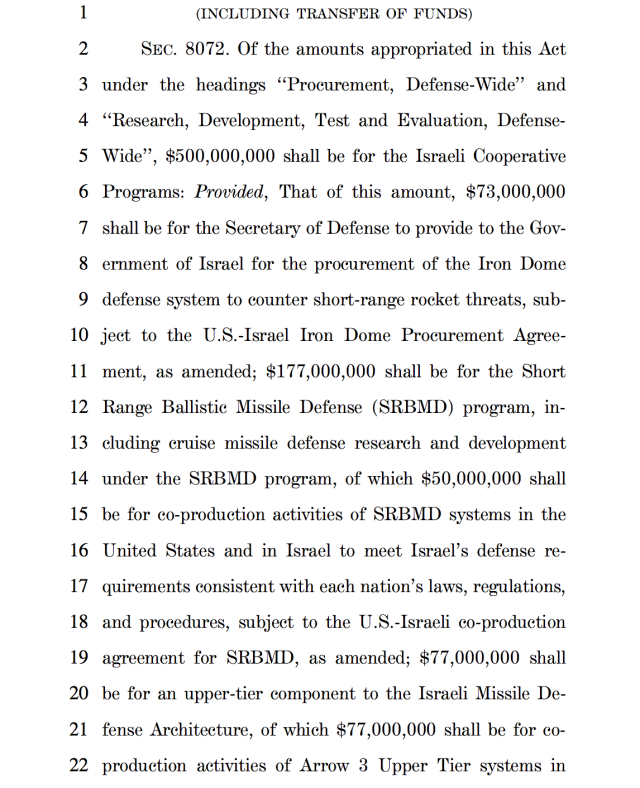 Glenn Greenwald said the “$500,000,000 to Israel is not technically part of the COVID bill, but a separate bill passed with foreign aid – still at the same time Congress said they can’t afford more than $600 in a one-time payment to Americans.”

Redaction says – $600 for Americans is an absolute insult from both the Democratic and Republican parties.

Trump’s call for $2,000, if sincere, would be one of the few silver linings to end a presidency which has sought to serve corporate and military interests.

The American people, who are already suffering from a lacklustre coronavirus response, deserved more, earlier.