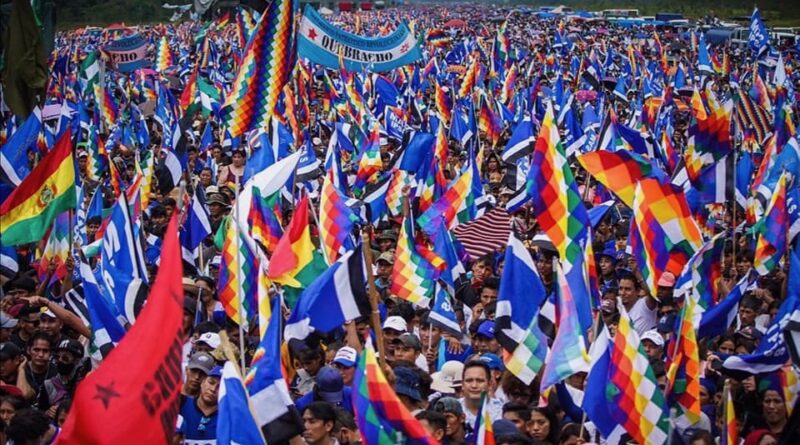 The results of the subnational elections held in Bolivia on March 7 confirm the faith of the Bolivian people in the ruling government of the progressive Movement Towards Socialism (MAS) party and its transformation project. According to the results of the departmental, regional and municipal elections released on March 22, the MAS is the only party that has a broad presence in all the nine departments of the country.

The MAS won 240 out of 336 mayor’s offices, which represents a majority of over 70% of the country’s local governments. The party secured 13 more mayors than in the last elections held in 2015. Additionally, in 19 municipalities, the victory was consolidated with 100% of the valid vote.

71% of recently elected Mayors in Bolivia belong to the Movement Towards Socialism. pic.twitter.com/hxhLPGIR1z

In the case of governors, five new governors were elected on March 7, while four departments will hold a second round on April 11, because no candidate managed to obtain the required number of votes to win in the first round. Three of the five elected governors belong to the MAS.

The citizens of Cochabamba, Potosí and Oruro departments elected the MAS’ candidates, while the residents of the Santa Cruz department elected former presidential candidate Luis Fernando Camacho as their governor, and the population of Beni department chose Alejandro Unzueta of the Indigenous MTS party. The voters of the La Paz, Chuquisaca, Pando and Tarija departments will go on the polls for the run-off elections.

Five new governors were elected on March 7th while four departments will hold a second round. pic.twitter.com/5Ita6E5PN0

On March 7, over 7.3 million Bolivians were eligible to vote and elect the country’s new subnational authorities for the period 2021-2026. The Supreme Electoral Court (TSE) reported the voter turnout was over 80%.

Featured image: The ruling government of progressive Movement Towards Socialism (MAS)party emerged as the winner of the subnational elections held in Bolivia on March 7. Photo: Agencia Boliviana de Información