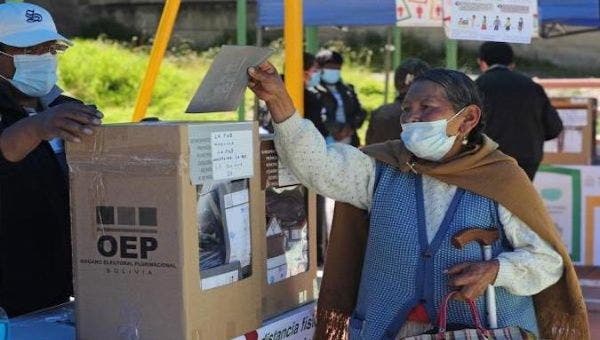 According to preliminary results, the Movement Towards Socialism won seven out of nine governorships.

Bolivia’s former President Evo Morales on Sunday assured the Movement Towards Socialism (MAS) strengthened and became the party with the highest vote in Bolivia’s history during the country’s subnational elections.

“We are proud of our political movement, which has been ratified as the largest organization in the country,” the Indigenous leader said in Cochabamba city.

According to preliminary results, the MAS won seven out of nine governorships. Meanwhile, the opposition won the Santa Cruz and Beni departments.

The exit poll results of Unitel and Red Uno channels were released less than two hours after the polling stations closed. The Electoral Tribunal (TSE) still does not offer official data.

#Bolivia | "Massive voter attendance at 'Russian Republic' educational center in one of the most popular neighborhoods in El Alto city."pic.twitter.com/W0rNHFFjy8

“The people know MAS guarantees Bolivia’s hope. They have voted for the economic and social policies that President Luis Arce is promoting from the government,” Morales reaffirmed.

On the defeat of MAS in the cities of La Paz, El Alto, Cochabamba, and Santa Cruz, Morales affirmed that this occurred “due to political and social differences between urban and rural areas, and to errors in the designation of candidates.”

The former president also rejected the information disclosed by private television networks, which projected that the opposition was gaining an advantage over MAS in the regional elections.