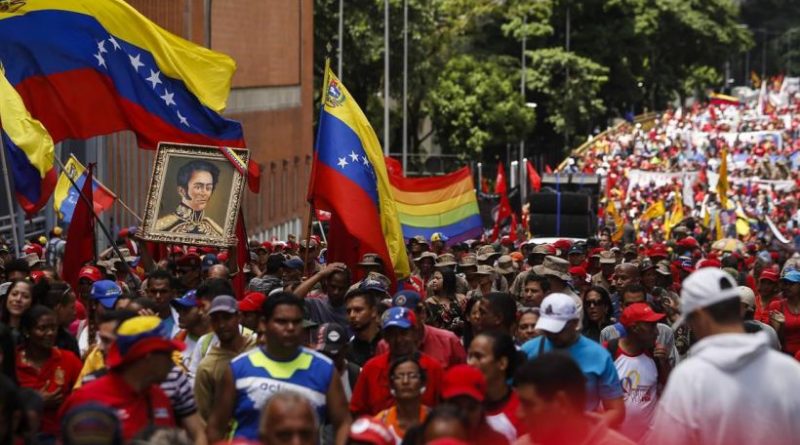 Many women, including mothers, also left and left the grandparents in charge of the children, when not, in many cases like the Central American for example, the parents had to bear the children in the war.

Both the vanguard and the rear are important in a war. The first without the second perishes and it exists because of that. There is a tendency signaled by egos to place the martyrs in the forefront. In any case, these categories are more accurately specified in conventional warfare. In the particularity of this war are those who assume themselves in the vanguard, and proclaim it, and maybe they are not. Sometimes an anonymous, silent vanguard suddenly bursts in and then returns to its apparent lethargy, while others reap their victory to conform to a visible vanguard.

In the evolution of historical changes, no form of struggle should be disregarded. There are forms of struggle that do not seem as such, just as the political acquires forms that do not seem political, but they are. There are those who fight and do not know they fight. There are those who do politics and believe that they do not. I do not remember where or on what date, the general strike of housewives paralyzed that country.

Those who have worked are / for the rich to eat / those who, if we leave this world alone, it collapses.

We must recognize the ethics and love for this country, although they do not shout it out loud, of the workers dependent on the state who, with a salary shattered by inflation, continue to serve. Teachers in schools that are attending children and adolescents in the homeland. Doctors in hospitals, police in the streets, staff of ministries, mayors and governors, oil workers and even constituents, of which some mistakenly think they earn “good salary”, and make sacrifices to attend the sessions. They are daily martyrs of flesh and blood. A considerable human group dependent on the payroll of a state with reduced income due to the imperialist blockade.

But also those workers of the private company whose salary is regularized by the government who determines the minimum salary for everyone. In this case it is paradoxical and unusual. The state once came to assume (to pay) the payroll of these companies. Even when their products are sold at high prices well above their cost of production, they pay very low salaries in relation to their profits.

RELATED CONTENT: Agony and Death of Neoliberalism in Latin America

Who only has a salary to survive is the one who suffers the most. We are becoming a country of merchants. Buying and selling is the work alternative that is most used. Logic, who buys and sells, never loses. If they raise the price, I also raise it.

Result is, nobody wants to work for a salary, much less keep a schedule. It is more profitable to work on your own. You have to set up a business to survive. It is true that in the villages the roosters began to sing again and the plants returned to the houses, but that is the underlying criteria. My niece, a math teacher, earns more selling “tetas” (boobs) at home (not hers, I mean ice cream) than she earns working in a high school. A brother retired from the state left for the mines. Salaries do not extend to sustain a living. Business everywhere. These days a companion told Roberto Duque: “brother, I am a Chavista, but reality is ‘escualida’ (ie. capitalist).”

The truth is that there is an economic dynamic, which is what has allowed us to cope with this situation, without denying the presidential subsidies that occasionally come to us and that “are not bad”.

Looking at it on the positive side, hopefully we can break the monopolies and develop multiple companies and conucos everywhere. Hopefully the workers organize and even a law is made in that sense, so that the employer, according to his earnings, pays the salary.

That should be extended to state companies. They must generate profits for the benefit of the people. They are definitely ours, here we are not neoliberal.

I think that, the people that we are, are getting the keys to overcome this situation, but the action and discourse of the executive “vanguard” of the revolution must be in tune with the emotions and daily work of the collective.