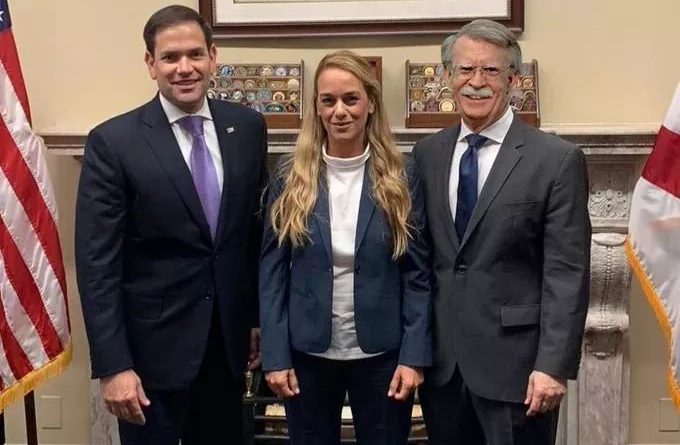 On Tuesday, social networks in Venezuela did not let the political and media relations of the right wing journalist Carla Angola, and the anti-Chavista leader Lilian Tintori with Donald Trump’s ex-advisor, John Bolton, escape without scratches after he “resigned” from his duties with the gringo president.

Users did not let the occasion pass without invoking the phrase “whoever messes with Venezuela dries up”, after the far-right journalist, and Leopoldo López’s wife, Tintori, lost one of their main mentors in the attack against the legitimate government of Nicolás Maduro.

RELATED CONTENT: What Happened to Oil Prices After Trump Kicked Bolton Out?

Then the memes and comments alluding to Carla Angola and Tintori after the dismissal of Bolton, came like an avalanche.

In Venezuelan political humor tradition says that whenever there is a foreign president or politician in jail, resigning or dead, Chavismo looks for any image of that politician – this time with Tintori because she toured the world between 2014 and 2017 campaigning for the release of her husband that currently is a “guest” in the Spanish Embassy in Caracas after publicly calling for a Coup D’Etat against president Maduro las April the 30th.

At the beginning of the avalanche it was hard to find online an image of Tintori with Bolton and that is why some accounts on twitter started posting photos of Carla Angola with Bolton saying that she was now challenging Tintori. Later Omar Luna el salsero (@VillamilOmar) posted the image shown at the beginning of this note and the “crisis” was settled.