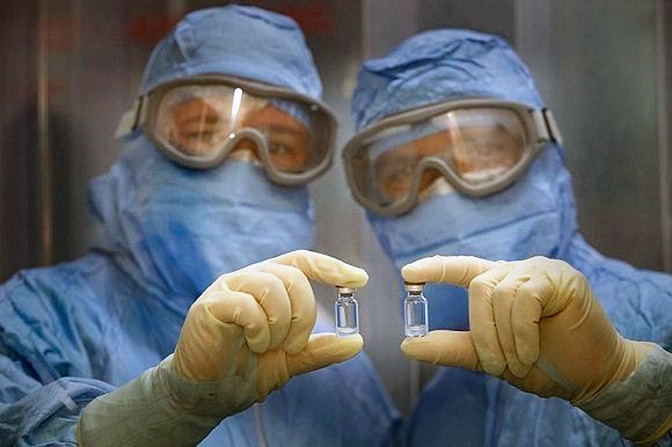 The release of lists containing hundreds of names of politicians, public officials, businessmen, and their relatives who illegally received doses of COVID-19 vaccines has sparked outrage in Peru, Brazil, and Ecuador. These countries’ vaccination process, which was already advancing slowly and with unequal access, was further hampered by their governments’ mismanagement of the pandemic, corruption, favoritism, lack of planning, and inability to solve key challenges.

The scandals emerged in mid-February when Peru’s local press reported that at least 487 people accessed an exclusive batch of Chinese Sinopharm vaccine that was to be used during the Phase III of its clinical trials. Among the hundreds of officials linked to the ‘Vaccinegate case’ is former President Martin Vizcarra, ousted from power following a corruption scandal in November, and his wife Maribel Diaz.

From October to January, while hundreds of government officials of current President Francisco Sagasti’s administration and other public figures skipped protocol and were unofficially immunized, dozens of hospitals across the country collapsed due to the increase of contagions and the lack of medical oxygen and beds in intensive care units (ICU).

In Brazil, the tragedy was repeated. In January, the beginning of the vaccination campaign coincided with the lack of medical oxygen in the states of Amazon and Roraima, where hundreds of patients suffocated to death while the far-right-wing Jair Bolsonaro’s administration did not take timely decisions to stop the healthcare disaster.

Two months after the vaccination campaign was launched in the second most affected country by the pandemic worldwide, less than 4 percent of the population has received doses of COVID-19 vaccines. Besides the irregularities that have occurred during the process, Brazil has experienced a shortage of vaccines that experts attribute to “government planning errors.”

In Rio de Janeiro, Porto Alegre, or Salvador de Bahia, local health authorities had to suspend immunizations due to lack of vaccines. Meanwhile, in other territories, there have been growing reports of open doses that lost their validity before being administered, or of elderly people who were vaccinated with empty or fake syringes.

The most recent irregular vaccination scandal occurred in Ecuador on Friday, when Health Minister Juan Carlos Zevallos resigned over his mishandling of the COVID-19 immunization plan. The case broke out in January after local media reported that the Minister’s mother and other relatives of him were vaccinated in a private nursing home in Quito. “I allowed it because I am the Health Minister, a doctor, and a son,” he admitted then.

In his resignation letter, Zevallos said that “I deliver a functional country that took wise decisions, which were reference points for the region.” However, this phrase does not match Ecuadorians’ reality. According to the vaccination plan, which kicked off on January 21, Ecuador has so far received just 8,000 of the 86,000 doses of Pfizer vaccine that should have arrived in the country by the end of February, according to the Health Ministry.

On Saturday, Zevallos fled to the United States despite having five accusations of influence peddling and a criminal investigation opened against him by the Attorney General’s Office. “Neither his resignation nor his departure from the country will stop a possible criminal prosecution. If Justice authorities find sufficient elements, they could request a hearing against Zevallos,” Ecuador’s Popular Legal Action Representative Santiago Machuca stated.

“President Lenin Moreno is responsible for this crisis,” Ecuador’s Citizenship and Development Foundation project director Marcelo Espinel added. “We have an inefficient administration, which has no policies or infrastructure to guarantee the people’s vaccination,” he said, adding that the mishandling of the epidemiological crisis caused the popularity of President Lenin Moreno to drop to 7 percent.

The mishandling of the pandemic and the hindered vaccination process threatens to deepen the social problems of Latin America, already considered the most unequal region in the world. Experts estimate that the closure of schools for children and adolescents from low-income families could have long-term negative effects.

“If the continent does not speed up its current vaccination pace, several countries will take years to reach the immunity levels needed to return to normality. The economy, inequality, and poverty will worsen if governments do not create a faster vaccination process,” Tulane University economics professor Nora Lustig assured.

Featured image:  Cuba: where all vaccines will be distributed equally. Photo: Alejandro Azcuy