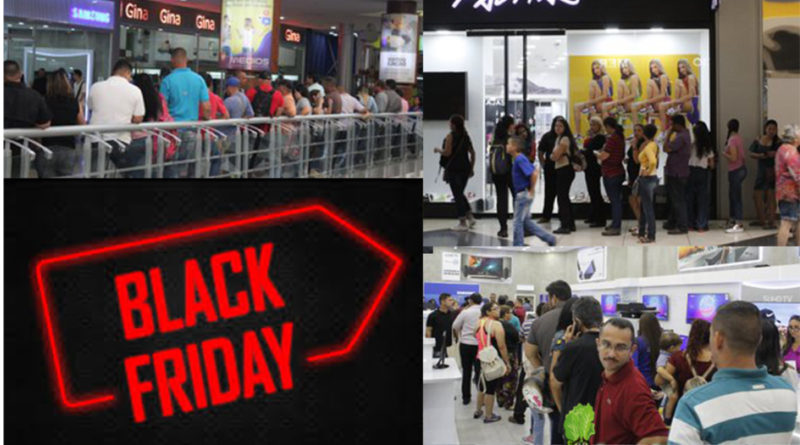 It is fashionable to talk about “the narrative.” This means that what happens is not as important as how to tell it. It is not a new idea, really, but in these times of digital media and social networks, the fight has its peculiar characteristics.

One of the peculiarities is that in this way of telling the events the influencers have a leading role, that is, the people who count by thousands, tens of thousands or hundreds of thousands their followers in the networks.

Well, in Venezuela at this end of 2019, there are several battles to control the narratives. One of them refers to whether or not the country has achieved a certain recovery within its deep and prolonged economic crisis. The great influencers of the opposition have concentrated on “the narrative of hopelessness” to try to convince the country that the increase in commercial activity, in vehicle traffic, in the number of artistic or entertainment shows and, in general, the improvement of the mood of people on the street are purely the invention of the regime or purely appearance.

It is a commitment that many may find strange, but that in the context of our recent history makes a lot of sense. Furious anti-Chavismo has to show that the country is not only bad, but that every day is worse and any symptom that opposes that conviction must be denied, interpreted to the contrary, explained in another way or, to put it in current jargon, submitted to another narrative.

This week, the influencers of hopelessness had extra work. As the football narrators say, they had to sweat the shirt. And everything was, paradoxically, because of some of the very own inventions of the neoliberal capitalist discourse that they themselves defend, such as Thanksgiving and Black Friday or, to say it as many of them like, thanksgiving day and black friday (in English) … Oh, yeah!

In short, the narrative that should have been imposed these days was that in the United States and in the countries that are faithful to them, recipients of the Venezuelan diaspora, hundreds of thousands of happy and prosperous citizens went to take advantage of the generous offers of the capitalist corporations, while in the ruined and gloomy socialist Venezuela, all its inhabitants, famished survivors of the famine, cried in the corners. But, for reasons that each analyst strives to explain, the reality was stubbornly contradictory: thanksgiving day surprised several of the neighbors amid great waves of social discontent, savagely repressed by their governments, while in the country of the “humanitarian crisis”, from which (according to the story promoted for years) millions of ragged and persecuted politicians flee, people of all appearances rushed to commercial and local centers of all categories to spend money that, in theory, they should not have.

Centro Sambil -in East Caracas- was, for the first time in a long time, the same mall we remembered and secretly hated: overcrowded, noisy and impossible to walk through. #BlackFriday was in full swing and people came to see what was it all about. https://t.co/DFJFXvBVeL pic.twitter.com/8sQElyhT2F

A part of the fatalist influencers opted for a very well orchestrated explanation with the rest of their “narrative”: all those unbridled people who filled the malls , from the most ultrasifrinos in the east (of Caracas) to the most chusmatic (lumpen) in the west, all without exception, they were (or are, because the thing did not stop on Friday, but continued over the weekend) well connected Chavistas or their accomplices of tyranny.

Of course, that thesis brought problems to the social network opinion makers, especially with some of their many followers because it turns out that they (the followers) were also among the ones shopping out of control and were extremely offended that they were rated as Chavistas of some sort.

Another segment of the trend generators opted for a more sociological and allegedly actuarial interpretation. They said that the frantic consumerists are only 5% of the population that has an obscene income, while 95% spend nothing. The empirical observation in the streets seemed to indicate something very different. Narrative issues. A third group set out on the road to warn that everything is a bubble of illusions that will explode and leave people worse than before. Well, these are surely quite right, but someone would say: when has Christmas not been like that?

A fourth block dedicated itself to denying the improvement saying yes, there were quite a few people waiting for Black Friday in the shopping centers, and even in the most majestic stores that joined the fashion (“It’s just that we are so similar!”, said my godmother Ina), but, beware! That has nothing to do with the good times, when the Sambiles (biggest shopping center conglomerate in Venezuela) were open until 12 at night and the buyers began to throw away their money from the beginning of November, instead of only on crazy Friday.

One of the influencers even applied a mathematical model to the vehicular flow to conclude that the streets of Chacao (east of Caracas) queued because the Sambil parking lot has several floors closed due to the ruin in which the country is plunged because of Maduro, not because many people are out with cars.

Anyway, in the collection of pesimistic approaches there were for all tastes, including those that said that wave of false prosperity was planned at the same meeting of the Forum of Sao Paulo in which the popular revolts of Ecuador, Chile and Colombia were organized. So it can be pressed on the networks and in some places in the real world, these influencers have managed to impose their narrative of despair. The proof is that even some people queuing at the expensive and dollarized restaurants and nightclubs of the Venezuelan capital can be heard talking about how bad the country is, not only the country itself. Poor things!

However, it is clear that the catastrophic narrative would turn on more effectively if we were as bad as the strategists of hyperinflation, economic warfare, blockade and unilateral coercive measures had anticipated that we would be at this point. The fact that we are slightly better (or less worse) is obviously not something to declare yourself in permanent rumba. But it is clear that the optimistic Venezuelan essence prefers to take advantage of any small respite to get on a wave of “life is beautiful.” We should congratulate ourselves on that.

A few of those influencers only fulfill their work in the major plan already mentioned. For each plaintive tweet they receive their commission (in money, in new followers or in “likes”, that is, in caresses to the ego), but others have made such a substantive effort to “impose their narrative” that they have finally believed it. Among them there are several who, while they drink wine somewhere for chic people, complain about how bad they have been in recent years … and they no longer fit the passport stamps. Hopefully in 2020, God and the virgin will help them to be happy or, at least, to try another “narrative.”