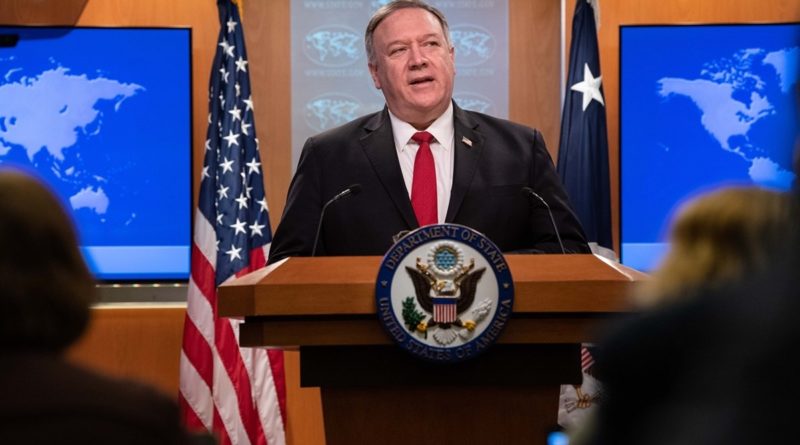 There are those who, in the image of the FBI notice offering a reward for the highest Venezuelan authorities, made reference – some with indignation, others euphoric with joy – to those posters from the North American “wild west” era that we all knew from US westerns from 60’s and 70’s.

But the truth is that, what the US government is proposing today (transparently expressed in the document the State Department presented today for a “transition” in Venezuela) it is more like a medieval punishment than a 19th-century North American judicial procedure.

As in that 1346 siege of Caffa, in which the Mongolian army bombarded the city with infected corpses to spread the bubonic plague within its walls, the USA today, in the 21st century, intends to force the surrender of a government, turning an economic blockade into the most terrible public health punishment that a country could suffer almost without defenses against an infectious contagious outbreak of great magnitude.

RELATED CONTENT: Why The Mainstream Media Suggests Lifting Sanctions Against Iran While Not Saying Anything About Venezuela

Will the world, mostly busy dealing with and overcoming the new plague, have to accept this criminal political tactic – a true genocidal blackmail – as a mechanism to impose regime change on a small and ruined country?

Will Venezuelans have to accept the terms that today, in the most infamous way, the US government intends to impose on us if we do not want to suffer – more and worse! – what Italy is suffering at the moment or, Spain?

The document that the North American State Department has just published, where it establishes for the first time with all the bells and whistles – even percentages and deadlines – the steps to be followed in the process of forming a new Venezuelan government, constitutes the most blatant and outrageous of its interventionist statements. They did not even take the trouble not to expose themselves and use their “boy” and allow Guaidó to develop the idea that he was commissioned to present just a few days earlier. They only let him say the title, because the next day, today, they published the full text themselves, signed by the State Department. Thus, without further ado.

And in these circumstances we ask ourselves: How is the Venezuelan opposition? Does everyone support this strategy of taking advantage of the pandemic health emergency situation to remove Maduro from power? What does this make of anyone who supports this blackmail that could cost thousands and thousands of compatriots’ lives?

We do not like to encourage campaigns that could put more stones on the already rocky path of political negotiation, so we prefer to leave these questions open.