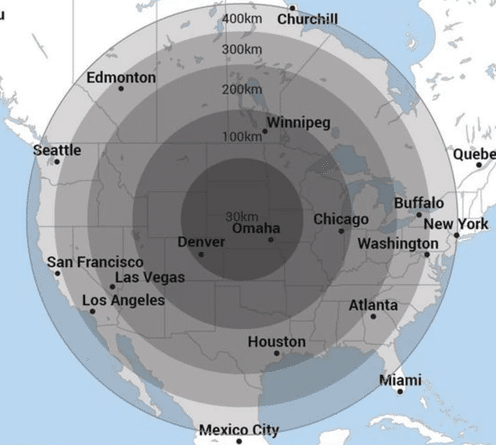 27/Mar/2019.-Just the day that Venezuela denounced new electromagnetic sabotage against its electrical system, Trump signs an executive order that instructs (his government) to protect the US from this type of attacks.

The US is testing its electromagnetic pulse weapons at the expense of Venezuelans, but the arrival of Russian military technicians and specialists in cyber war ( according to the “Times” of the US) against Venezuela, makes them fear a response with the same characteristics and now Trump has ordered protective measures. Coincidence?

Maduro said it and “it was a lie” for many corporate media. Now Trump says it , and will they believe it?

The executive order, entitled “Coordination of national resilience to electromagnetic pulses”, urges the different public and private sectors of the production of electromagnetic weapons to make an estimate of the possible geographical effects, as well as “the critical elements of the Nation in its prosperity, security and economy” in the face of this threat.

It seems that the US government was preparing for a war on its territory, or expects an attack soon.

You have to remember, as the White House writes, that ” an electromagnetic pulse has the potential to interrupt, degrade and damage technology and critical electrical infrastructure systems .”

What do they fear? Although the United States has its own arsenal of electromagnetic pulse weapons, which it has used in different contexts of sabotage and war, Russia and China also have the same technology with the latest generation, and have exhibited it to the world as a way of dissuading the American desire to start new wars in Latin America and the Caribbean, as well as in the Pacific.

North Korea also possesses electromagnetic weapons and has come to threaten to respond with the same in case of some Western offensive against the Korean peninsula. In March 2017, former CIA director, R. James Woolsey, and the chief of staff of the “Commission to assess the threat to the US of electromagnetic pulses,” Peter Vincent Pry, wrote an opinion piece in “The Hill” that warned that North Korea “could kill 90 percent of Americans “with an attack of electromagnetic pulses that affect their electrical network.

“A single warhead provided by the North Korean satellite could shut down the national grid and other critical infrastructures that sustain life for more than a year, killing 9 out of 10 Americans from starvation and social collapse,” wrote Woolsey and Pry.

But it’s not just about blowing up a bomb at high altitude, there are many other weapons that can cause the same effects:

Weapons of electro magnetic pulse of the North American Navy, manufactured by “Northrop Grumman” that not only serve to attack electrical networks but also to deactivate electronic systems like the missile guidance system, (the Russian SS-300 that Venezuela has, torpedoes of submarines, etc.).

The air force of the United States has revealed, during the last attacks against Venezuela, that since 2012 it has been able to attack electric networks with electromagnetic pulses to disable them. It is very likely that this is using a naval and air mix combined with cyber attacks and sabotage in the field. On March 30, defense minister Vladimir Padrino warned of the presence of US aircraft near Venezuela carrying out radioelectric operations. (Here is the CNN video about American planes for electromagnetic attack)

Is Venezuela an exception?

Does Venezuela have the “honor” of being the first victim of cybernetic and electromagnetic attacks on its electricity network? No way. Here, according to the “World Economic Forum”, a sample of cyber attacks on electricity throughout the world during the last 10 years:

“In April 2015, the Pentagon hired Raytheon Corporation for an amount of $ 700 million to move the North Command of the United States (NORTHCOM, which is responsible for all defense communications) to a huge subway below Cheyenne Mountain in Colorado.

This bunker in Colorado had originally been built to protect against a Soviet missile attack during the Cold War, but is now being reused to protect against an electromagnetic pulse attack. The US government knew about this threat for years before the Pentagon decided to protect NORTHCOM. In 2008, a congressional committee came to the conclusion that only one in ten Americans would survive a year after a power outage across the country. Most would perish from starvation, disease or social breakdown.”

In the North American portal “ZERO HEDGE” the radius of devastation of the electrical system that scientists believe that an attack of electromagnetic pulses would cause in the United States is shown:

In the simulated electromagnetic pulse attacks carried out by the commission, it could be determined that “the worst threat was to the electrical network, parts of which could be damaged in such a way that they would require weeks or months to repair due to the unavailability of parts”, reported the American magazine Ars Technica.

The problem is so serious that NATO currently has research centers to combat “the consequences of an electromagnetic pulse attack against the electricity grid that are a growing concern of the military organization”.

“The one who pays for it,” as the saying goes and the fear of trying one’s own medicine is typical of the coward …

When it happens, hopefully they will not repeat the same stupid question they raised after the attacks on the twin towers of New York: “Why did the world hate us so much”?

In any case, “they smell it” and therefore they already have their “instructions to survive a cybernetic or electromagnetic attack on the electricity network”.

For now, the following images of an explosion at an electric station and a subsequent blackout do not belong to Venezuela , but they occurred during the attack of the 26th:

Texas: explosion of an oil tank due to “electrical shortage” 1 February

Seven tanks are involved, and they contain naptha, xylene, “gas blend stocks” and “base oil.” https://t.co/McMHDZakhl

It is because of these things that they say: “the one who messes with Venezuela ‘dries up “‘.

-The website of “Northrop Grumman” one of the manufacturers of electromagnetic weapons in the United States that   has “an extensive and successful experience in the science of electronic warfare, having developed and delivered systems and offensive and defensive aircraft for more than 60 years . (It also has more than three decades of experience designing and operating cybernetic systems.) “:

-The North American Navy in October 2018 grants “Northrop Grumman”  a contract of $ 35.1 million to demonstrate for 20 months the existing technologies of electromagnetic warfare:

-NATO seeks researchers to give it solutions against electromagnetic attacks:

-The CNN explanation on the same subject:

– A DAYS OF SABOTAGE IN VENEZUELA, TRUMP TEME ELECTROMAGNETIC ARMS

-United States instructions to defend civilians from attacks on the electricity grid:

Looks Like the Power Will Be Out … For Years

-Blackout in the United States on March 26:

– Statistics of cyber attacks on electric power worldwide during the last decade  (“Hackers are causing blackouts, it’s time to strengthen our cyber resilience”):