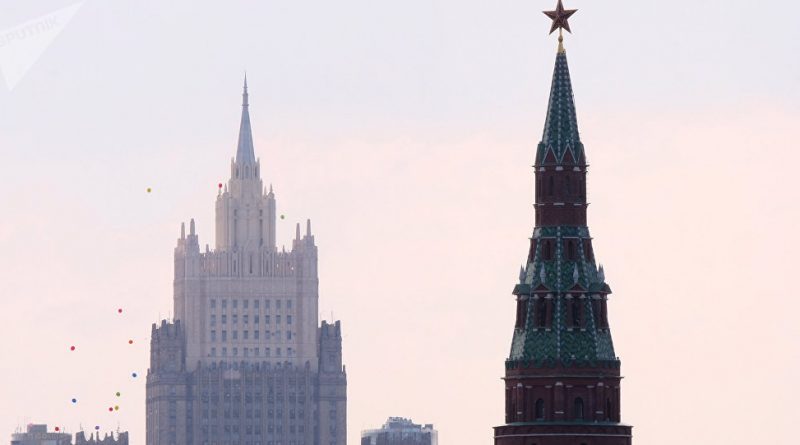 The Russian Foreign Ministry revealed a plan to train alleged Venezuelan refugees at a British military base in Guyana. “Dozens of alleged Venezuelan refugees have already been transferred to that place, but the truth is that they are people who came to that place to receive training and form sabotage and espionage groups,” said Russian Foreign Ministry spokeswoman María Zakharova.

She said that “the British are completing the construction of that military base on one of the islands at the mouth of the Esequibo River” allegedly with the pretext of combating “the smuggling of weapons and drugs.”

The diplomat warned that the ultimate goal is to deploy these groups in Venezuelan territory to destabilize and perpetrate terrorist acts.

In December 2018, British Defense Minister Gavin Williamson then confirmed that the monarchist country would seek to establish new military bases in the Caribbean once it leaves the European Union.

Venezuela and Guyana maintain a dispute over the Esequibo region since 1966, although tensions began in 1899, when Venezuela was stripped of 160,000 square kilometers through what the Government calls the “Arbitration Award of Paris,” where the United Kingdom handed over that part of its territory to Guyana.

She noted that the mainstream media, mostly Americans, constantly spread accusations against Venezuela of being “one of the biggest narco-threats to the United States.” Something that is, said the diplomat, totally absurd.

She recommended that these media consult the reports of the United Nations Office on Drugs and Crime , the data of non-governmental organizations and the annual report of the US Department of State itself.

“If you read those reports, it would be clear where the main drug-supplying countries in the Western Hemisphere are located, but it is not Venezuela, although the media, primarily Americans, invented and actively propagated that precisely Venezuela is to blame for all evils in the region,” she stressed.

Those same means, Zakharova confirmed, silence the successes of the Venezuelan Government in the fight against drug trafficking.

Between 2005 and 2018, Venezuelan police seized 700,000 tons of drugs in border areas, according to data recorded by international organizations.