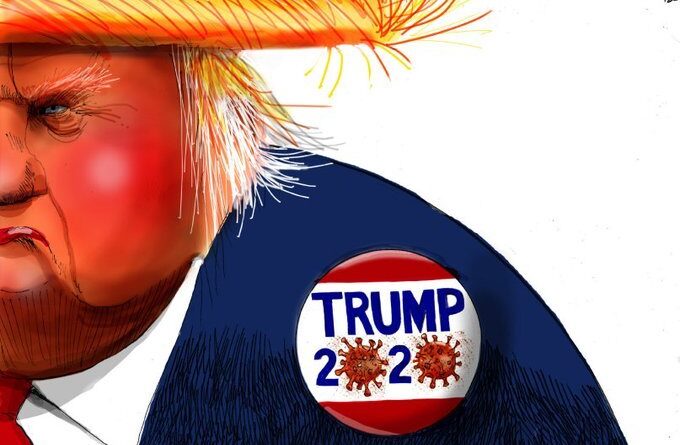 Whatever the final result of this election, that of the ballot boxes and that of the judicial litigation that will surely take place, there is one unavoidable and worrying conclusion: Donald Trump’s electoral performance was exceptional for a president who is responsible for a health tragedy like that of COVID-19 which, at the time of this writing caused 239,012 deaths, four times the number of US soldiers killed in the Vietnam War. Bad or mediocre macroeconomic indicators in jobs, wages, falls in manufacturing, mining and construction that compare unfavorably with Barack Obama’s presidency, and contrast with the strident expansion of speculative business on Wall Street and the obscene reductions in taxes on the richest.

Trump’s belligerence: a trade war with China, the deterioration of the Atlantic Alliance and the imposition of blockades and economic sanctions against many countries created a climate of anxiety, to which was added the outbreak of the most massive and violent social protests since 1968 and the vigorous resurgence of the issue of institutional racism fueled by repeated support from the White House to local police forces to repress the discontent as rigorously as possible, and if they were African-Americans even better. However, not even the vitality of this new rebellion and all of the above were enough to precipitate a crushing defeat for Trump, as the great majority of the polls predicted.

The secret of this performance is the mutation of the Republican Party “reformatted” by Trump by broadening its social base and solidifying a “plebeian” support it previously enjoyed only marginally. In the eighties of the last century Ronald Reagan had garnered important support in some sectors of the popular classes, but nothing comparable in extension and intensity to that of the New York magnate. In extension, because he penetrated broad segments of the manual workers who were previously hunting grounds of the Democrats; to them he added the poorest farmers, the forgotten people of the deep interior of the country and the impoverished middle classes.

In intensity, moreover, because Trump proved to be an exceptional communicator: in public rallies in the United States there is no greater record of crowds of thirty or forty-five thousand people shouting, as in an assembly of millenarianist cults, “we love you, we love you,” as an astonished David Sherfinski stated in a Washington Times article this Wednesday. An unleashed demagogue, possessed by a will to power, who exalts as patriots the motorists who harassed and blocked a Biden bus traveling through Texas; who defies electoral legislation and any other, including tax legislation; who makes fun of the “political correctness” so cultivated by his rivals; who handles social networks with perverse mastery by confronting and insulting the concentrated media (CNN, the New York Times, the Washington Post and all the educated press), that builds itself up as the great defender of the “little guy”, of the common people, forgotten by the managerial elitism of the traditional Republicans and the neo-liberal globalism of the Democrats, and that crystallizes the support of an imposing social bloc by pulling the powerful strings of resentment, hatred, fear that open the Pandora’s box of racism and xenophobia; that exalts the lost greatness of his country threatened by the perfidious Chinese who “invented the coronavirus to bring the United States to its knees”, a greatness that he intends to recover at any price.

The main balance, for now, of this election – which will be remembered as a watershed in the political history of the United States and about which there will be much to analyze – is the consolidation of a radical populist right-wing but which now, through Trump’s work, acquires a mass resonance that the Tea Party or any other expression of the Republicans that has never had since the time of Theodore Roosevelt, at the beginning of the twentieth century, and, in part, Ronald Reagan. This is bad news. The good news is that this construction revolves exclusively around his person and there is no successor in sight. Anyway, one will have to be careful because if Trump were to lose the presidency, that plebeian and angry mass would be orphaned but, beware of this, available for new populist and right-wing interpellations from another charismatic leader. Who for now is unseen, but who may be lurking in the folds of an exasperated and angry society.