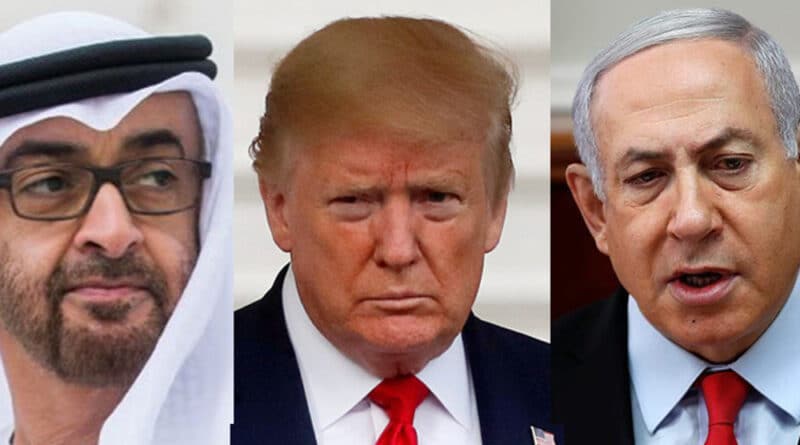 A Syrian activist has revealed that Foreign Minister of the United Arab Emirates Abdullah bin Zayed Al Nahyan has deleted his 2014 tweet about Israel being a child-killing regime following a recent deal between Abu Dhabi and Tel Aviv for the normalization of ties.

In a tweet in 2014, the top Emirati diplomat had written in English, Arabic and Hebrew that the Israeli regime “kills children”, with a hashtag he put at the time calling for the international prosecution of Israel.

Bin Zayed had included in his twitter post heart-wrenching photos of Palestinian children who were victims of Israeli violence.

I’d like to report Prince Abdullah Bin Zayed son of the founder of UAE, for a tweet he made in 2014. pic.twitter.com/GeTsOXNc1E

Laham, later the same day, said that the UAE’s foreign minister has deleted that 2014 tweet after she reported it, revealing the Persian Gulf country’s hypocritical policies.

“Hah! He deleted his tweet because of my reply to it,” Laham tweeted.

She then called on the Emirati people to stand up to their rulers who “can only rule by intimidation,” adding that if they faced resistance, “they’ll fold like paper tigers.”

Hah! He deleted his tweet because of my reply to it.

They can only rule by intimidation, stand up to them and they’ll fold like paper tigers. pic.twitter.com/64wM5mcJza

In a joint statement issued by the White House on Thursday, Israel and the UAE announced that they had “agreed to the full normalization of relations.”

RELATED CONTENT: How the US Helped Push Lebanon to the Brink of Collapse, and now Threatens More Sanctions

The highly controversial deal, which has since been widely condemned across the occupied Palestinian territories and the Muslim world, has been brokered by US President Donald Trump, who has attempted to paint it as a big breakthrough.

Delegations from Tel Aviv and Abu Dhabi will meet in the coming weeks to sign bilateral agreements regarding investment, tourism, direct flights, security and the establishment of reciprocal embassies, the statement read.

The UAE-Israel deal marks the third such normalization agreement the occupying regime has struck with an Arab country after Egypt (1979) and Jordan (1994). Abu Dhabi was already believed to have clandestine relations with Tel Aviv.