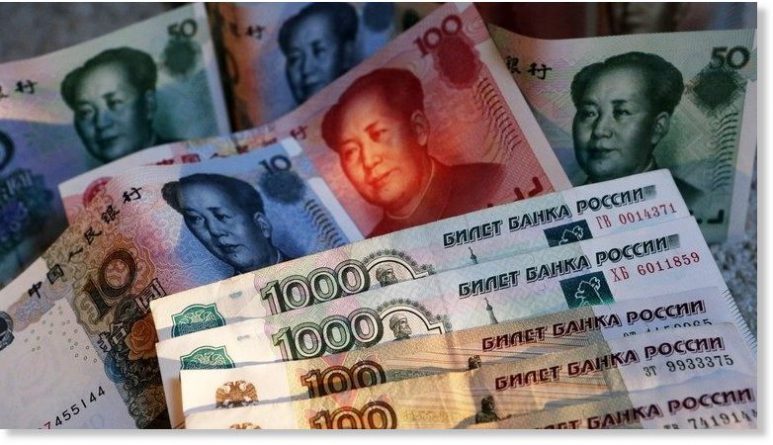 The aggressive international economic policy by the administration of US President, Donald Trump, is increasing mistrust in the dollar. Russia, China, the European Union and Venezuela are working on formulas to reduce their dependence on the US currency.

Faced with growing US sanctions against several nations of the world, some develop new mechanisms of transactions in which Washington’s policy can not intervene.

The dollar, “as a world reserve currency, became a tool of pressure of the issuing country of this currency (the US) against the rest of the world. Confidence in the dollar is falling,” Russian President Vladimir Putin said at the St. Petersburg International Economic Forum earlier this month, admitting that these changes require a reconsideration of the role of the US currency, reports Russia Today.

In this regard, Russia is developing transaction systems in national currencies with its two largest economic partners: the European Union and China.

The Russian Deputy Prime Minister, Antón Siluánov, and the European Union Energy Commissioner, Maros Sevcovic, agreed on June 13 to create a working group to replace the dollar with national currencies in the trade relations between Russia and the EU.

On June 5, during the visit of Chinese President Xi Jinping to Russia, the leaders of both countries sealed an agreement to develop cross-border payments in yuan and rubles.

On the other hand, Brics member countries (Brazil, Russia, India, China and South Africa) are developing a payment system that will allow them to use their own national currencies in cross-border transactions within the block.

With regard to Venezuela, the Government of President Nicolás Maduro approved the creation of the cryptocurrency Petro, to reduce the use of the dollar in financial operations. Although the measure has been blocked for some markets, due to US hegemony and sanctions, Petro has international reference in commercial transactions with allied countries such as Russia and Turkey, which accepted the cryptocurrency as an exchange tool.

During the pre-sale period in October 2018, the Petro received offers of purchase intention from 133 countries, and the Venezuelan head of state announced the measure to sell oil in currencies such as the Chinese Yuan, the Russian ruble and the rupee of India, in order to respond to the illegal sanctions of Washington against Caracas.

This development joins the innumerable proposals of the Venezuelan bank system to promote its own payment platform and reduce the dependence on international franchises such as Visa and MasterCard, having an operational deadline of January 2020.